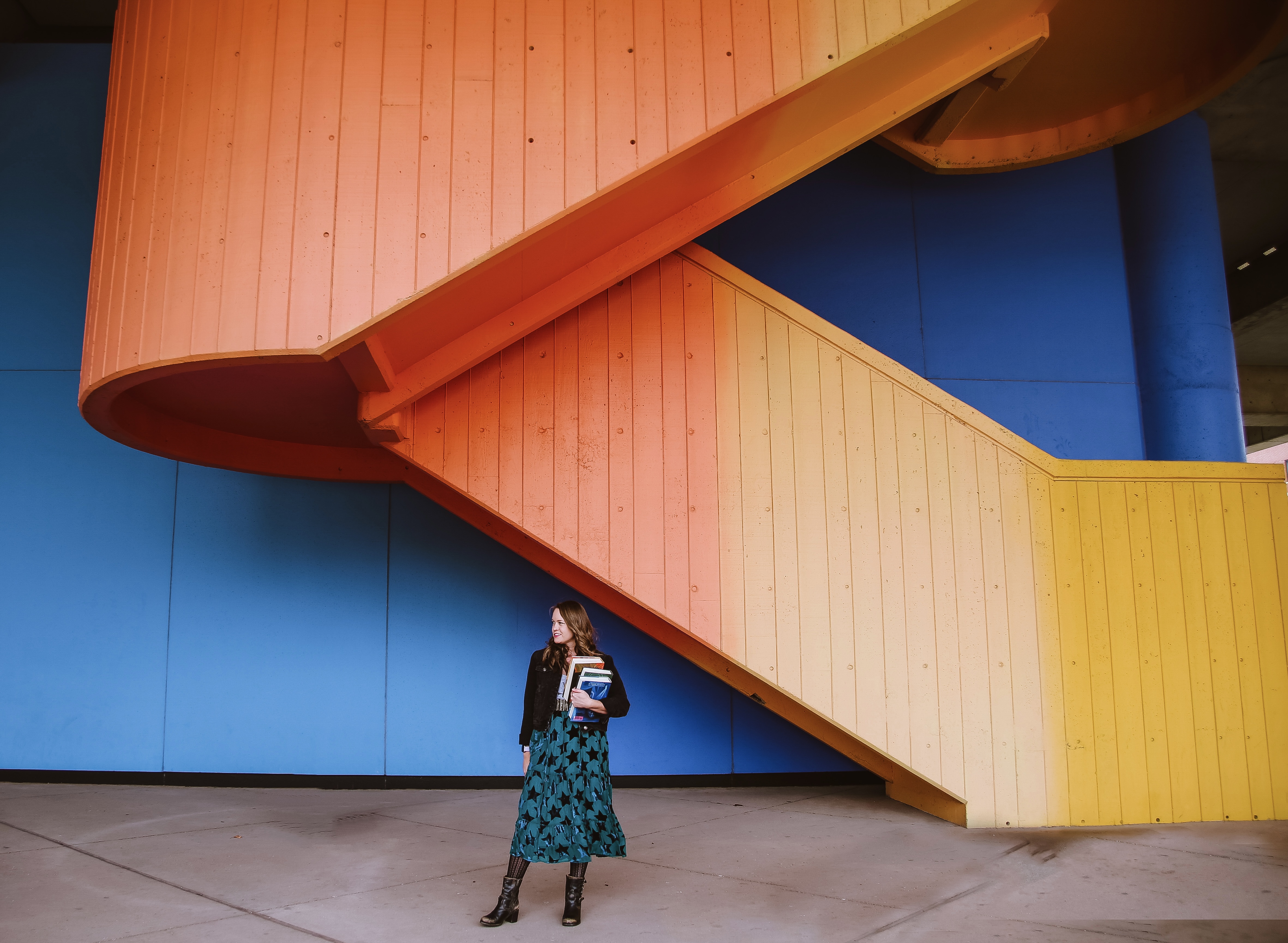 At time of writing, I’ve read 80 books in 2020! That surpassed my Goodreads goal of 72 and I expect I’ll get a couple more in before the end of the year since I have the week after Christmas off.

I tried to read a wide variety of titles this year, including children’s books. Thanks to BookTrib, I became one of their book influencers and have had the opportunity to read and review some new titles before publication.

My goal was also to diversify a bit, reading some nonfiction titles around race issues in America from several points of view. While those titles did not make my favorite books list, a couple of the fiction books did and you can read more about them below.

As always, be sure to follow me on Goodreads if you want to see everything I’m reading – I also do short monthly round-ups on my IG at the end of the month too.

What books did you enjoy in 2020? Let me know in the comments.

House of Earth and Blood by Sarah J. Maas

Fantasy queen Sarah J. Maas is back with her first adult title.

Bryce Quinlan, a half-fae/half-human, sets out on a quest to find the demon who murdered her friends. She gets some help from a fallen angel by the name of Hunt Athalar and the two travel to Crescent City – an underworld full of questionable characters and dark powers.

Maas is a master at world building, steamy romance and high fantasy elements. This new series has all that and plenty of plot twists to keep the story moving. I can’t wait for book two!

Jessica Simpson rode the wave of teen pop singers during the late 90s/early 00s when the likes of Britney Spears and Christina Aguilera were dominating the charts. She never quite found the same musical success that Spears and Aguilera did, but became a household name after her marriage to 98 Degrees singer Nick Lachey led to the hit MTV series Newlyweds.

In “Open Book,” Simpson recounts her struggles in the music business, relationships with her parents, the men in her life, alcohol, diet pills and sexual abuse at a young age.

Objects in the Mirror by Stephen Kellogg

Singer-song writer Stephen Kellogg has long been a favorite of mine. He’s largely flown under the radar, but his brand of Americana folk/rock and roots music boasts some of the best songwriting out there.

This isn’t really a biography, although there are personal stories and nuggets throughout. Instead, we get some of his musings on life interwoven with the highlights of his career.

I would have liked more details when he did share stories from the road, but still thoroughly enjoyed this read from one of my all-time favorite musicians.

Home Before Dark by Riley Sager

Maggie and her family fled their haunted mansion twenty-five years ago. She never went back, until now. After her father’s death, she discovered he still owned the house and went back every year on the same date for mysteries she wants to solve.

This book kept me up until 1 AM reading it. I LOVED it and can’t wait to read others by this author. It’s similar to the “Haunting of Hill House (tv show) and the best thing I’ve read all year.

The Answer Is…Reflections on My Life by Alex Trebek

One of the world’s most beloved game show hosts shares stories from his life, working on “Jeopardy!” and other musings.

The chapters are short and Trebek doesn’t go too in depth on any one subject but it’s an interesting look at the man behind the clues. A must read for any fan of the show and a testament to Trebek’s legacy.

Prudence does not like Quint at all. And as fate would have it, they’re partners in science class where Prudence basically does all the work, ensuring they’ll get an A. So when the grades come back and a C mars her otherwise perfect record, she loses it. Her teacher agrees to let them have a do-over but only if they work together.

Quint wants no part of it, but after Prudence reluctantly agrees to volunteer her time at a local wildlife rehabilitation his mom runs, the two develop a plan to help the struggling rescue.

As Prudence is learning all about the wildlife and planning a Beach Clean-up fundraiser to help the rescue, she’s also discovering a new secret power that seemed to start after an evening singing karaoke: willing instant karma on those who are doing bad things. At first it seems like an amazing gift, but karma has a way of coming back around.

Such a cute story! You can read my full review here.

The companion novel to “Dear Martin”, this hard hitting young adult novel follows Quan as he awaits his fate in jail.

It examines the justice system, how it treats people of color and how Black boys are discriminated against.

A timely and important novel that’s good for teens and adults and perfect for your book discussion group.

You may remember Maverick Carter as the father of Starr Carter in the breakout hit novel, The Hate U Give. With Concrete Rose, author Angie Thomas takes us back to Garden Heights in a prequel/origin story centered around Mav.

Not only does she challenge the stereotypes associated with being black, but she also challenges those surrounding what it’s like to be a man. Maverick’s character has a tough exterior, but learns it’s okay to feel and show emotion.

With her third book, Angie Thomas continues to tell important stories and give voice to marginalized communities through her works, firmly cementing her as one of the most timely authors of young adult fiction today. If Concrete Rose is any indication of the type of books she’ll continue to write, it doesn’t appear that her star will be burning out anytime soon.

The Couch Potato by Jory John and Pete Oswald

This one is a kids book, but I genuinely loved it and laughed out loud as I read it. Here’s a snippet of my review for BookTrib Kids.

“The Couch Potato”, by #1 New York Times Bestselling and award-winning author Jory John, is a delightful story that will teach children in preschool to age three the value of unplugging in a technology driven world. Parents will appreciate Couch Potato’s humorous personality and will have fun laughing along with their children as Couch Potato rediscovers all the things he’s been missing.

The accompanying illustrations by Pete Oswald, who has worked with Jory before on previous titles like “The Bad Seed” and “The Good Egg”, really bring the story to life. They also add to the light-hearted, funny elements as we see Couch Potato hamming it up with his friends, which he fondly refers to as “best spuddies”.

And while the moral of the story stresses balance between devices and the outside world , “The Couch Potato” also teaches children that relaxation inside is important too and it’s ok to veg out on the couch every once in a while.

The Vanishing Half by Brit Bennett

This book has been topping everyone’s “Best of Lists” for 2020, including former President Obama.

I’m not going to lie to you – I didn’t LOVE it like everyone else did, but it’s a fantastically written book with an incredibly unique story, so that’s why I’m including it on this year’s list.

Two twins, raised in a southern town, yet choosing to live out their lives very different.

One sister moves away, passing herself off as white. Not even her husband knows she’s black.

The other stays in the town where they grew up, living with her daughter.

The two haven’t seen each other in years, but that’s about to change as their children’s stories eventually link up.