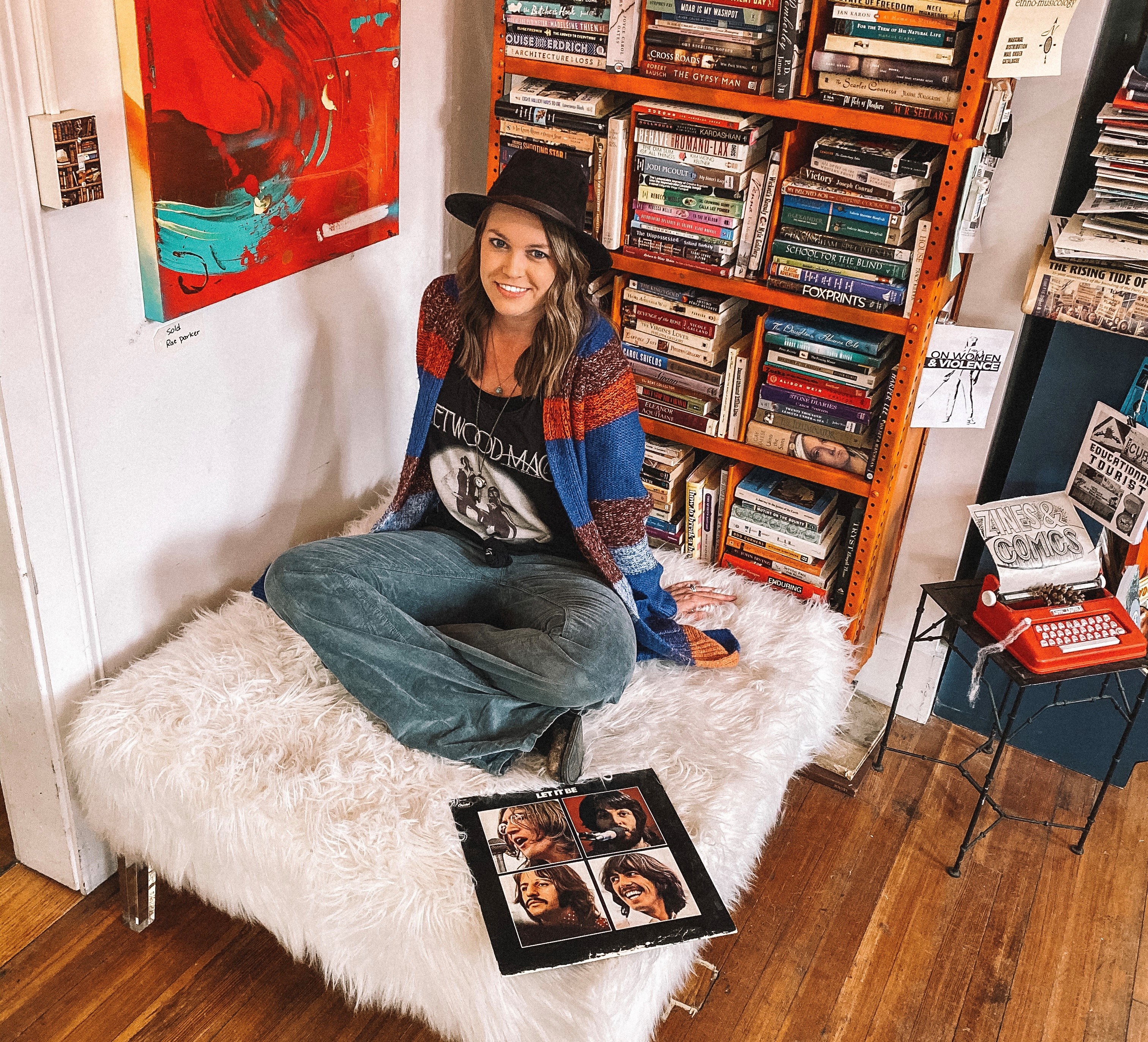 Every time Halsey releases a new album, it ends up on my favorite of the year list. Manic is no exception.

Halsey continues churning out radio friendly pop hits, but mixes in some 90s and country influences this time around. I especially like the collaboration with Alanis Morissette and before realizing she made a guest appearance, thought the song sounded like something Morissette would have released on Jagged Little Pill.

You’ll have a hard time not singing along to this one.

Songs to download: Graveyard, 3 AM, Without Me, Finally/Beautiful Stranger, Alanis Interlude

You may have forgotten that Mandy Moore started out as a teen pop star. She has been busy on This Is Us, after all. It’s been eleven years in between albums, but on Silver Landings, Mandy is back with more retro pop tunes that evoke the 1970s.

This is a great album to listen to on a sunny day while driving, but make no mistake: there are some pretty introspective songs on the record.

“I felt like I’ve had a whole trove of life lived under my belt I wanted to make sense of through songwriting,” Moore told Billboard. “There was a lot of shit I had to unpack as a human, as a woman, as a musician.”

Songs to Download: I’d Rather Lose, Save a Little For Yourself, Fifteen, When I Wasn’t Watching

The former One Direction member returns with his sophomore effort. While not as catchy as his previous album, I was still jamming to this one throughout 2020.

Niall sticks a little more to the One Direction formula than fellow band mate Harry Styles with pop tunes that will have you dancing along.

Songs to download: Heartbreak Weather, Nice to Meet Ya, Small Talk, Arms of a Stranger

Fourteen years passed between albums and the band got a name change, dropping Dixie and simply going by The Chicks.

The best country trio ever returned with a damn fine album that boasted personal tunes about infidelity, social justice, and made me wonder exactly what happened on Maines’ boat.

My favorite album of the year!

Songs to Download: Gaslighter, How Do You Sleep, March March, Texas Man

Este, Danielle and Alana return for their third studio album on this breezy, feel-good pop masterpiece.

You will long for sunny days driving up the California coast when you pop this one in and it seems that with each album that goes by, the Haim sisters only get better. They also recently collaborated with Taylor Swift on her album Evermore, so expect their star to continue to rise.

Songs to Download: Los Angeles, The Steps, Don’t Wanna, I’ve Been Down, All That Ever Mattered

I’ll be honest, this one is a surprise to me. Katy Perry’s last two albums have bombed in my book and I still think she peaked with Teenage Dream.

But it would appear with Smile, that the pop star still has a few catchy tunes left in her. I’ve found myself listening to this one quite a bit since it’s release and don’t even have to hit skip once.

Songs to Download: Never Really Over, Champaign Problems, What Makes a Woman, Cry About it Later

I’m lumping these two together and here’s why: despite my love for Taylor Swift, there are some downright boring tracks on each album. Take the 8 throwaways out, combine the two, and you have one stellar piece of work.

Critics are raving and I’m thrilled she did something totally different, but not every song works for me personally. And it’s probably unpopular to say, but I think the Red, 1989 and Reputation albums are better.

That collab with Haim? One of the best songs of the year. And Marcus Mumford on back ground vocals for Cowboy Like Me? Amazing. They are gorgeous folky albums that return her more to her country roots and I still very much enjoy them, but not every song hits like some previous efforts.

Songs to Download from Evermore: Willow, Champagne Problems, No Body No Crime, Cowboy Like Me, Ivy, Dorthea

Sometimes you just need a good country album that takes you back to the classic style with none of the bro stuff. Chris Stapleton, who may be one of the best singers alive, always delivers on that front and Starting Over is no exception.

A word of caution – anyone who has ever loved a pet, especially a dog, then lost them – Maggie’s Song will make you break down. I was listening on a walk and legit started crying in the park.

The Killers – Imploding the Mirage

Credit goes to Adam for tuning me in to this one. It’s not very often we like the same music, but this is a great album from a band I haven’t really thought about in years.

You don’t hear much rock music on the radio these days and what the rock stations do play isn’t really rock. Sure this one is a bit of a hybrid too, but it’s more rock than you’ll get from some of the current hits these days.

It’s bombastic, the perfect length and you’ll want to crank it up loud so the music will drown you out while singing at the top of your lungs.

Songs to Download: My Own Soul’s Warning, Caution, Dying Breed, Running Towards a Place

Ya’ll might think I’m crazy with this, but the older Miley Cyrus gets, the more she starts to sound like Stevie Nicks. There’s just some kind of strange quality to her voice – a deep raspiness (that’s likely brought on by smoking), but girl can sing. The two collaborate on this, so you can judge for yourself.

On Plastic Hearts, we get an 80s Joan Jett version of the former Disney pop princess. And like Taylor Swift, Miley seems to reinvent herself with each new album. Bangerz was straight up pop/hip hop, Younger Now a quiet ode to country and there’s rumor she’s making a Metallica cover album.

I AM HERE FOR IT. Do your thing girl.

You probably heard me mention that I’m helping p

#Indy is a city for writers! There are so many lit

We made it to Friday! It was an unusually busy we