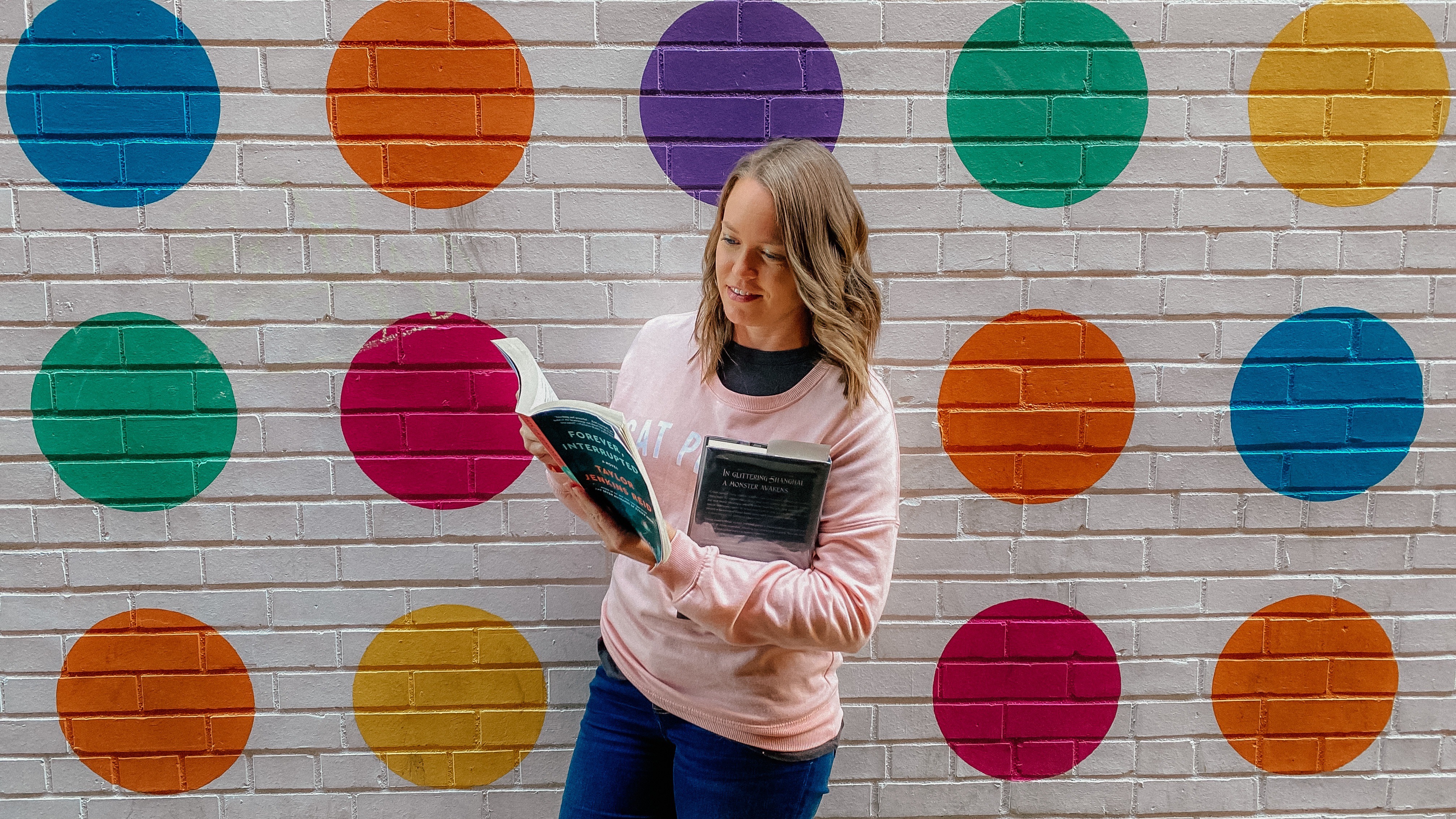 2022 is coming to a close and it’s time for my annual wrap up of all my favorite reads. If you’re looking for the best books of 2022, look no further than this post! All in all, I read a whopping total of 90 books this year – not sure how I did it, but from that long list, these are the best of the best and the books that stood out to me in 2022.

Vampires and humans have found a way to co-exist peacefully.

Five houses exist where vampires live like royalty and feed on humans who sign up to be paid blood donors. This keeps the vamps from going on killing sprees fueled by bloodlust and the humans who sign up seem to get a thrill out of being paid to have their blood drunk.

But for Renie Mayfield, her decision to enter Belle Morte isn’t driven by a love of vampires; instead she’s on a quest to find out why she suddenly stopped hearing from her sister June who apparently went in and never came out.

While trying to uncover answers about June, Renie begins to fall for Edmond, one of the oldest vampires in the house. The feeling is mutual, testing the boundaries and rules against vampire and human relationships.

This was a fun read that deserves a spot on your bookshelf. Read the full review here.

The Merciless Ones by Namina Forna

Book two in the series, this follow up to “The Gilded Ones” is definitely a set up for the final installment in the trilogy.

There are a lot of secrets revealed about the goddesses in the kingdom of Otera and Dekka, our main protagonist, finds her gifts are changing.

While not as thrilling as the first book, it’s a must read if you like fantastic worldbuilding and high fantasy storytelling with a strong feminist message.

A Flicker in the Dark by Stacy Willingham

“A Flicker in the Dark” by Stacy Willingham takes the typical serial killer mystery and flips it upside down, this time focusing on what it’s like for the daughter of the perpetrator in the aftermath of the crimes. It’s a unique spin on a genre that sometimes sticks to a formula that can get repetitive.

This was one that wasn’t on my radar at all until I met the author at a conference and was intrigued by the story. It’s been one of my favorite reads of 2022!

Vera’s mother is dying and when she calls her to come home to the house she never thought she’d go back to, she’ll have to face the memories that drove her away in the first place.

It’s the home of a serial killer. The ghosts of bodies buried there still haunt her and it seems there are still secrets left for her to uncover in the house.

Brilliantly written, extremely creepy and a five star MUST READ from me if you like horror.

The House Across the Lake by Riley Sager

Casey Fletcher knows what she saw and and she’s pretty sure her neighbor killed his wife. But no one wants to believe her – maybe it’s her own set of problems following her around or the fact that no one trusts her because she likes to throw back a few cold ones from time to time.

Filled with the twisty suspense you’ve come to expect from a Riley Sager novel, this one has some cliches you’ll need to overlook, but is still quite the ride.

It’s the 1800s and Scotland. Women are supposed to marry and settle down, but Hazel Sinnett wants none of that life. She’s an aspiring surgeon, posing as a boy to sit in on medical classes.

Jack Currer digs bodies up for a living. When he meets Hazel, she’s looking for an accomplice in her mission to become a surgeon, so the two work together to help her pass her exams, uncovering terrible crimes (and falling in love) in the process.

This was a fabulous historical fiction read full of romance, mystery and strong female characters. And the cover is just stunning.

Set in the 1970s, Faun catches the next bus to Hollywood after her mother passes away. While she’s there, she reconnects with an old friend who happens to be dating the lead singer of one of the hottest bands.

Faun documents everything in photos, even taking their album cover shot. Everything is captured – the drugs, sex, violence and excess that come with the rock and roll life.

Even though “Groupies” started out a little slow, by the end, I was fully enthralled. A great read-a-like for fans of “Daisy Jones and the Six.”

The Erlking is trapping gods and trying to unleash something terrible on the mortal world. There are lots of spells to break and Serilda’s storytelling abilities are put to the test in this conclusion to the story that started with “Gilded.”

Marissa Meyer is the best at fairytale retellings and this is no exception.

Carrie Soto is Back by Taylor Jenkins Reid

Retired tennis champ Carrie Soto returns to the spotlight to try to reclaim her title. At 37, she’s way past her prime, but with her dad by her side as her coach, she sets out to prove all the naysayers wrong.

Taylor Jenkins Reid made me care about tennis. I loved Carrie’s relationship with her dad and even though she’s a pretty unlikeable character, Reid’s storytelling prowess made me root for her anyway.

The Weight of Blood by Tiffany Jackson

Maddie Washington has always been bullied and laughed at, but when the kids at her high school find out she’s biracial, the torment is taken up a notch.

Springville’s history – both past and present – is steeped in racism and when a video of students bullying Maddie goes viral, the student leaders decide to host their first ever desegregated prom to try to bring the community together.

The Weight of Blood takes Stephen King’s Carrie and turns it up a notch, tackling racism in America while spinning a page turning horror tale.