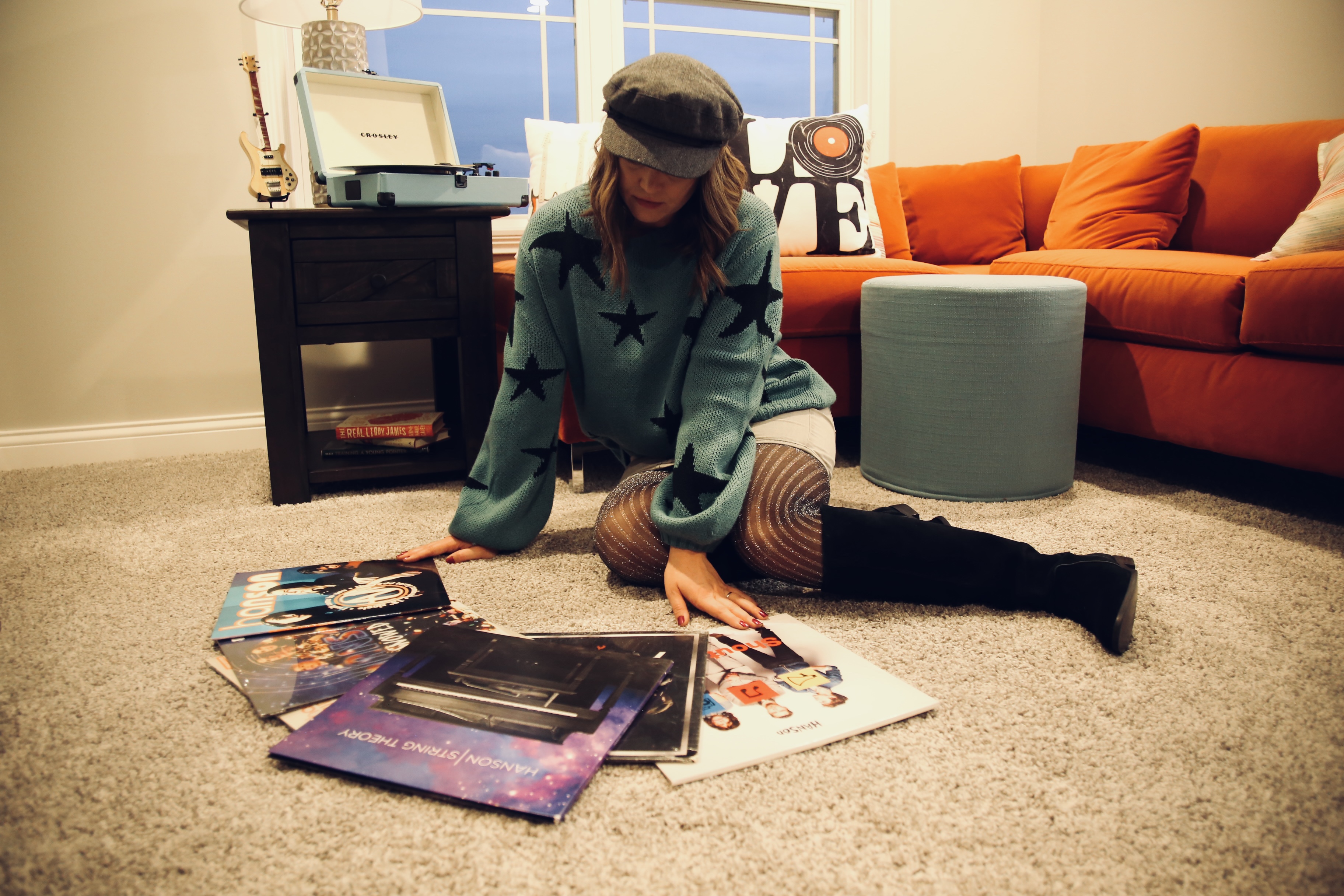 I was loving a lot of new music this year! We got some long awaited albums (maybe not in the release format we wanted – looking at you Hanson) and bands started to go back out on tour again after the pandemic wrecked 2020. I caught a couple concerts and listened to one album in particular way more than I planned. Here are my favorites from 2021!

It’s been a while since I’ve enjoyed a John Mayer album as much as this one! He’s a hit or miss artist for me, but Sob Rock is a great guitar driven singer-songwriter album.

Kicking things off with “Last Train Home”, Mayer brings the Toto vibes and I’m still wondering why Maren Morris wasn’t given an actual verse in the song. But it’s definitely my favorite track on the album.

Other standouts include “New Light”, “Wild Blue”, and “I Guess I Just Feel Like.”

The perfect album to listen to on a sunny day when you are out for a drive!

This album pulled me back to my late teens when Avril Lavigne and Paramore were in constant rotation in my CD player.

The lyrics are clever, brutally honest and she’s got a way of pulling the listener in to the story she’s telling, making you feel exactly what she’s singing about. There’s also a lot of nods to her musical influences: Taylor Swift, Katy Perry, Billy Joel and even Paramore, who get a writing credit on “Good 4 U.”

Sure, it’s teen angst pop, but it’s a damn masterpiece and she’s probably not going to be able to top this album.

A Day to Remember – You’re Welcome

The most surprising album to make this list and my most played/favorite album of the year comes from a hardcore band, haha. I must have been craving some rock in my life, but this album has been on repeat ever since it came out in March.

I think it’s more along the lines of a pop/punk record with some metalish vibes thrown in, which is probably why I love it so much. Out of the fourteen songs on the album, there are only two that I completely skip, making this a pretty solid album.

Hanson – Against the World

I toyed with not including this because let’s face it, seven songs does not make an album, no matter what Hanson says. But here we are because this is what we were given and it’s been 8 long years since a proper album was released.

After the initial anger that Against the World would come out one song at a time over a seven month period, I began to look forward to a new song each month. I still say it took away from the experience of listening to it all at once and by the time “Fearless” arrived, it felt like we’d all moved on beyond this project.

Still, there are some really great songs on this compilation, like the title track, “Against the World.” It might be one of my favorite songs they’ve written in recent years and it’s such a Hanson song – I would totally recommend this one to anyone who hasn’t listened in a long time.

I also really enjoy “Fearless” and “Don’t Ever Change.” “Annalie” is a complete skip every time and I could take or leave “One.” “Stronger” is solid but one I have to be in the right mood for, so I probably won’t listen to it each time – the harmonies are gorgeous in that one though.

So overall, I would have preferred a couple of the songs from the fan club EP to have ended up on this album because I think they would have fleshed it out nicely. Instead, we get a little bit of an uneven effort when each song needed to be stellar since the format is so short. I still loved it because I was hungry for it, but when looking at it with the perspective of everything they’ve done in their career, this is probably just a blip on the Hanson timeline.

Another band that took forever between albums, Amy Lee and company return with a solid rock album, The Bitter Truth.

Lee’s operatic vocals power over the crunchy goth guitars – a signature sound that hasn’t changed much since their breakthrough in the early ’00s. But there’s also a newness to the music with added electronic elements and poppy punches on “Yeah Right.”

“Use My Voice” finds the band encouraging people to get out and vote and think for themselves. And many of the other tracks are inspired by Lee becoming a mother as well as losing her brother a few years ago.

Rock may not be as prominent on the radio as it once was when Evanescence was at the height of their popularity, but the band is still putting out great music that should please long time fans.

Is it country? Is it pop? Whatever it is, the Grammy Awards deemed it ineligible for awards in the country categories, which is such a shame.

Star Crossed is sad – it’s about the breakup of Musgraves three year married to Ruston Kelly. But it’s not full of revenge like so many other post-relationship ending albums that have come before it.

Instead, it’s a tragedy told in three parts with an optimistic ending: “There is a light at the end of the tunnel/There is a light inside of me,” she sings on the second to last track.

Songs like “Breadwinner” give little insights into what might have gone wrong in the marriage – was he jealous of her stardom? And on “Easier Said”, you get a sense it might be about the struggle in watching a relationship end when it was the inspiration behind her most popular work to date, Golden Hour.

I’ll admit it took a few listens for this album to grow on me. It’s definitely different than her previous efforts, but it’s one that will stick with you, which is why it ended up on my best of list for the year.