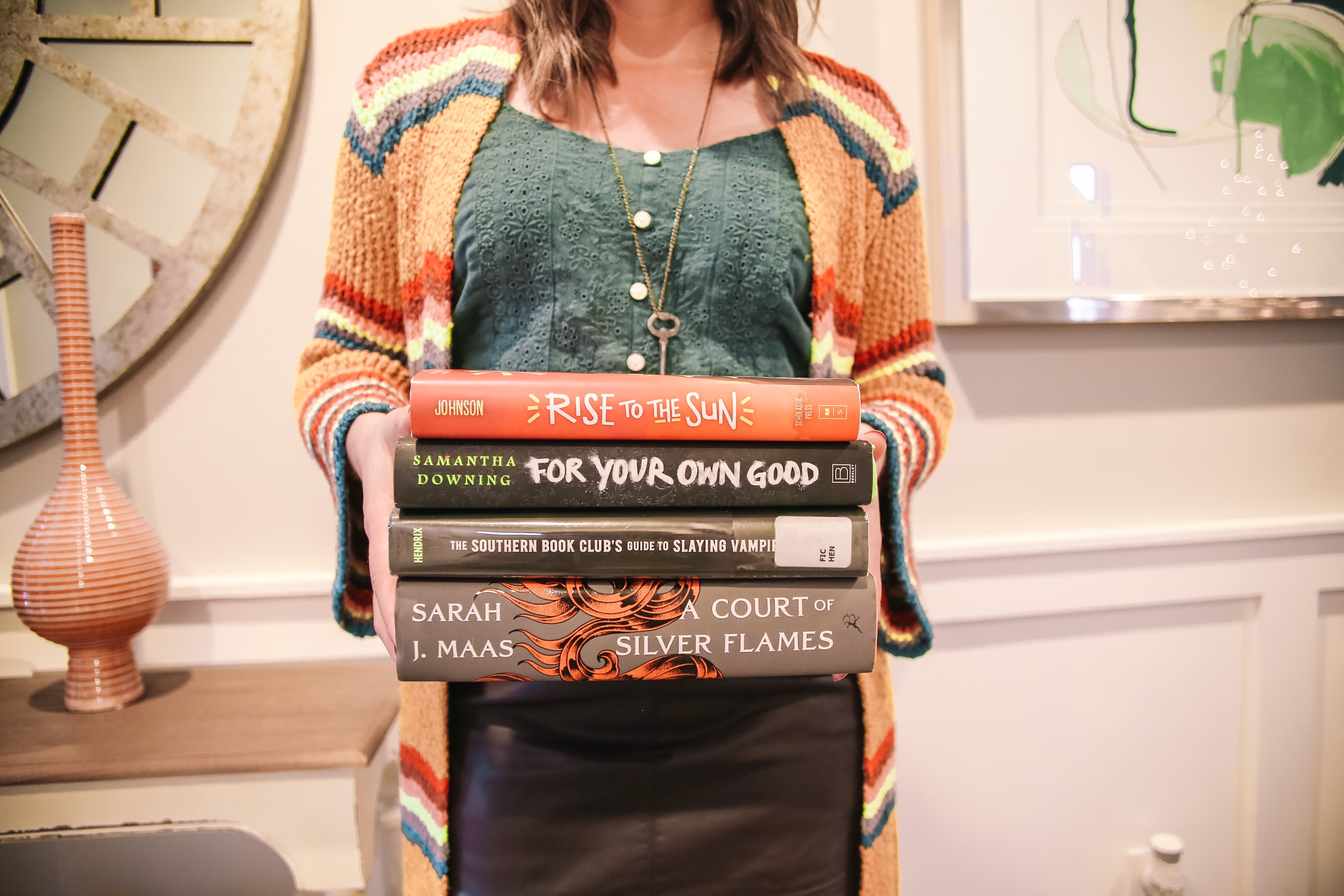 It’s hard to believe it’s time to write my best of books list again! Where did 2021 go? I set a big reading goal of 85 titles this year and just barely crushed it. There were a few months I got behind, a few books I didn’t finish and others I devoured in a couple of hours. These are my top reads of 2021!

Rachel Chavez is trying to forget something horrible that happened to her, so starting at a different school and making new friends seems like the best way to put the straight out of a horror movie event behind her.

It isn’t easy to fit in at Manchester Prep, though, so when members of the secret Mary Shelley Club offer an invitation to join, Rachel jumps at the chance. Everyone shares her love of horror films and classic gothic lit, so at first, it seems like she’s found the perfect set of new friends.

But part of being in such an exclusive club means you have an initiation challenge: come up with a terrifying prank on another person that causes real fear. And you have to get them to scream. It all seems pretty harmless, until one of the pranks goes horribly wrong and someone close to Rachel ends up dead.

This was one I wanted to read all night because there are so many pieces to the puzzle and once everything started coming together, I couldn’t put it down!

The Gilded Ones by Namina Forna

This debut fantasy novel is fire! At age 16, women go through a ceremony to determine if they are pure. When it’s her time to find out, Deka’s blood runs gold instead of red, signaling impurity.

They try to kill her, but with some unknown power, she is able to heal herself and is sent to fight in the army. There, she learns secrets about her mother, what she really is and her destiny to free her kind.

Tackles themes of xenophobia, racism and abuse and wraps them up in a fantastical story with strong characters and worldbuilding.

Her Dark Lies by J.T. Ellison

Claire is marrying into one of the most influential families. It’s the wedding of the year and everyone is arriving to the exclusive Italian island to celebrate.

But things start going wrong almost immediately – skeletal remains are found, her wedding dress is ruined and someone keeps sending threatening texts. Can she trust this family she’s about to become a part of or will she meet an untimely end before she says “I do”?

This one will keep you guessing as all the plot twists and turns lead to an unsettling end.

A Court of Silver Flames by Sarah J. Maas

Nesta Archeron has so much anger and most people don’t find her personality very welcoming. She especially can’t stand Cassian, but he always seems to be around.

As she’s trying to find her way and place on the Night Court, sparks ignite between the two, and no matter how annoyed she is with him, they can’t seem to stay away from each other.

True to form, Sarah J. Maas has written another faerie romance that goes beyond steamy. A MUST READ for those who loved “A Court of Thorns and Roses.”

Meg Hennessey’s world is upended when she finds out most of her life has been a lie. She’d planned to take a gap year before going to college, but decides to road trip to meet her new found family instead.

Along with getting to know relatives she didn’t know existed, she makes new friends, finds love and wrestles with her Christian upbringing.

Erin Hahn has created a unique spin on Christian YA fiction and made it realistic without all the sanitizing you normally get from the genre. Real life is messy and Hahn realizes that in her genre-bending novel. A refreshing read.

An Emotion of Great Delight by Tahereh Mafi

It’s 2003 and the United States has declared war on Iraq following the September 11th attacks two years earlier on the World Trade Center in New York City. Shadi, who is already navigating strained friendships, family tragedies and existing as a Muslim in a post-9/11 society, now has to deal with raids at her Mosque, racism at her school and worries about becoming the victim of a hate crime.

An Emotion of Great Delight is the second realistic fiction title from National Book Award nominee Tahereh Mafi. While not purely biographical, Mafi is also Iranian-American and notes in the book’s forward that there are pieces of her life told in all her books. She was a freshman in high school when 9/11 happened, so it’s likely much of her perspective of the events told in the book are pretty true to life.

This is the third book I’ve read by Mafi and her storytelling gets better with each one. Even though the fantasy Shatter Me series is her most well-known, I actually prefer her realistic fiction titles to those. This was one that I read in the span of a day; the story draws you in and you genuinely feel for Shadi. I wanted a little more of post-9/11 woven into the story, but that aspect of the timeline is more a background player for the bigger plot

Ryland Grace is the only survivor of a mission to save earth from destruction. When he wakes up, his memory is gone and he also finds he’s not alone.

As his fuzzy memories start to return, he forms a friendship with with the alien lifeform, learning to communicate and realizing that even though they come from different planets, they have the same goal: to save their people.

Andy Weir is the best sci-fi writer out there right now and this is every bit as good (if not better) than the blockbuster hit “The Martian.”

Once Upon a Broken Heart by Stephanie Garber

Evangelina Fox makes a deal with the Princes of Hearts, but when dealing with Fates, things are never as they seem.

Curses, romance and prophecies – you will not want to put this one down! Set in the same world as Stephanie Garber’s Caraval series but introduces some new characters. I can’t want to read book 2!

Serilda has been cursed by the god of lies and spins outlandish tales that seem to get her in trouble. This time, she’s told an untruth to the wrong person – a terrible, otherworldly king who forces her to spin straw into gold or else she’ll die.

This beautiful retelling of Rumpelstiltskin deserves a standing ovation and is Meyer at her finest writing. At 500+ pages, it may seem daunting, but you’ll wish for 500 more when you get to the end.