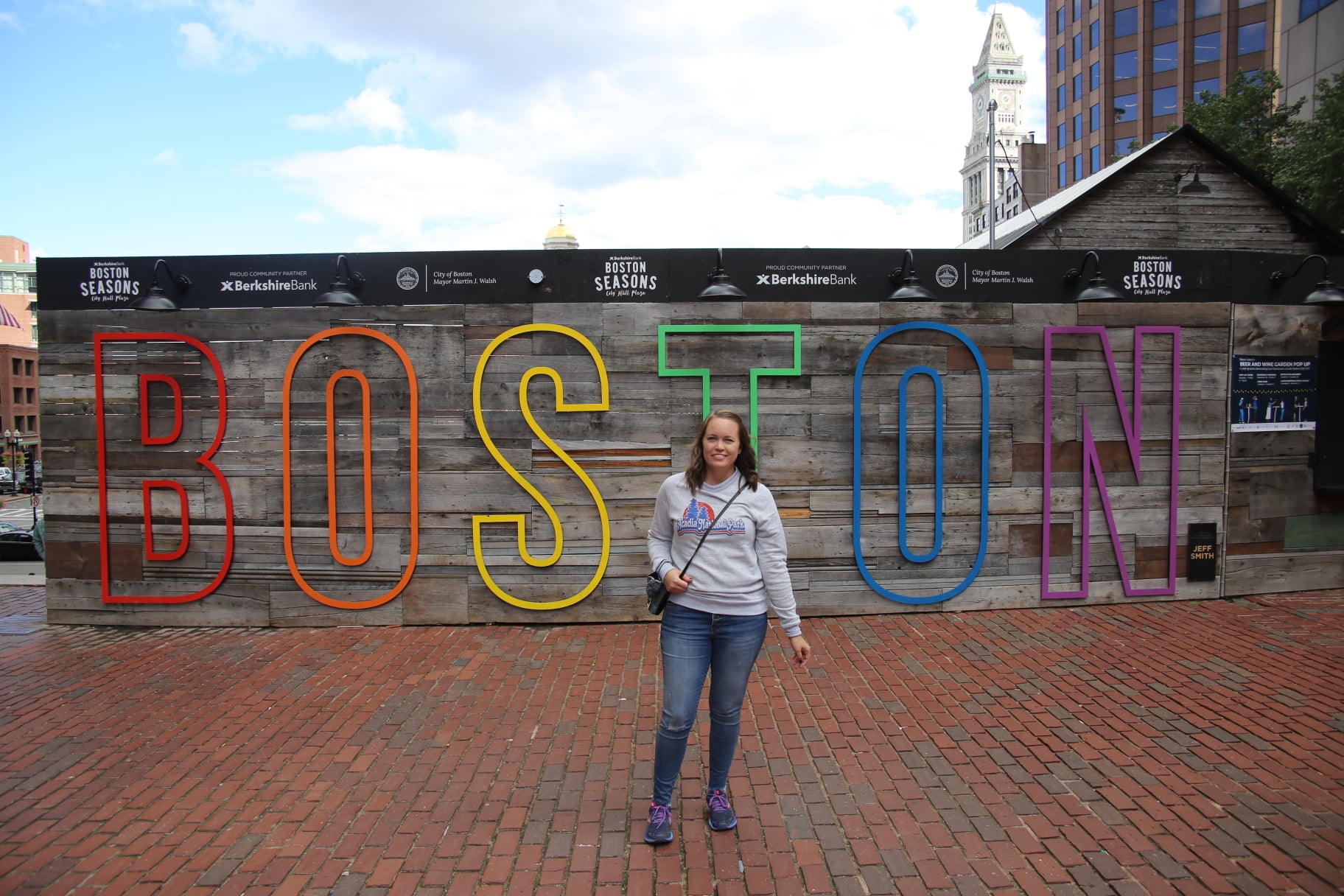 Visiting Boston, Mass. should be on everyone’s list, especially if you like history. The city played a major role in the Revolutionary War as well as the settlement of America in colonial times. You’ll still find original cobblestone streets, the oldest ball park, school and library in the United States.

Here are a few highlights from Boston (as well as a few tips for navigating the city) that you shouldn’t miss!

America’s oldest baseball stadium, Fenway Park is a cool place to tour even if you aren’t a Red Sox or a baseball fan. We did the standard 60 minute public tour, but there are other tour options depending on your group size and interest level. The park is on the National Register of Historic Places and you’ll learn all about the unique features that make it so special. Our tour took us almost everywhere except on the field (not sure if they usually go down there, but they were setting up the stage for the Jonas Brothers concert).
Tip: the tour started in the gift shop – we didn’t know this and it wasn’t on our tickets or the web site. So instead of wandering around the gates outside looking for the group, head to the gift shop to meet up with your guide.

I challenge you to find a more beautiful library in the United States! BPL is the first large free municipal library in the United States and was founded in 1848. The McKim Building was designated a National Historic Landmark by the National Park Service during the 80s and is a beautiful example of Renaissance Beaux-Arts Classicism. This part of the library contains the research collection, boasting early editions of Shakespeare’s works, records from Colonial America and some of President John Adam’s personal library.

This 2.4 mile trail through Boston takes you to sixteen different historical sights including cemeteries where Paul Revere is buried, the Old North Church, Bunker Hill and the U.S.S. Constitution. A lot of people book a tour for this, but it’s easy to do on your own and at your own pace. Wear comfortable shoes and follow the path of bricks to each of the stops and you won’t get lost. When you get to the end you can return the same way you came or take a water taxi back – we just returned the way we came and stopped in the North End to eat dinner.
Tip: there are lots of neighborhoods you’ll pass through filled with shops and food. Take some time to wander off the trail and explore the city while you are out walking the trail.

Eat in the North End

If you love Italian food, you will want to visit the North End! This neighborhood truly feels like you’ve stepped out of America and into Italy. Make sure you grab some Cannolis (we got some from the famous Mike’s Pastry) and eat all the pasta. Some of the city’s oldest buildings are located in the North End, so be sure to explore the area while you are searching for something good to eat.
Tip: we had no problems getting seated around 5 p.m. on a Friday, but when we returned to have another meal at dinner time on Saturday, every place had lines, long waits and some only took reservations. It would be a good idea make a reservation during peak times or you may not get seated.

America’s 35th President was born in Brookline, MA so it’s only fitting that his presidential library and museum is located in Boston. It’s a beautiful spot to remember the late president – on the water with a great view of the Boston skyline. And while he was only in office two years, he remains one of the most beloved politicians in history. I definitely suggest you visit no matter where you lie politically. I will say, this was a more underwhelming presidential library – I’ve been to three others and this one didn’t have quite as much to see as previous libraries I’ve visited. Some of the exhibits were also unavailable due to the pandemic, so maybe during normal times, there is more to see.
Tip: check to see if reservations are required if you visit. We had to buy advance tickets and some people showed up at the door expecting to get in and they were sold out for the day.

Those are just some of the highlights from our three days in Boston! Be sure to check out my YouTube video for more information and watch for a food post/video coming soon.

Finally posted all my Arizona pictures and will be

Sending some color your way as we head into the we

Everyone goes to Antelope Canyon, but Waterhole Ca

Another cute cactus mural in Phoenix! I’ve had t