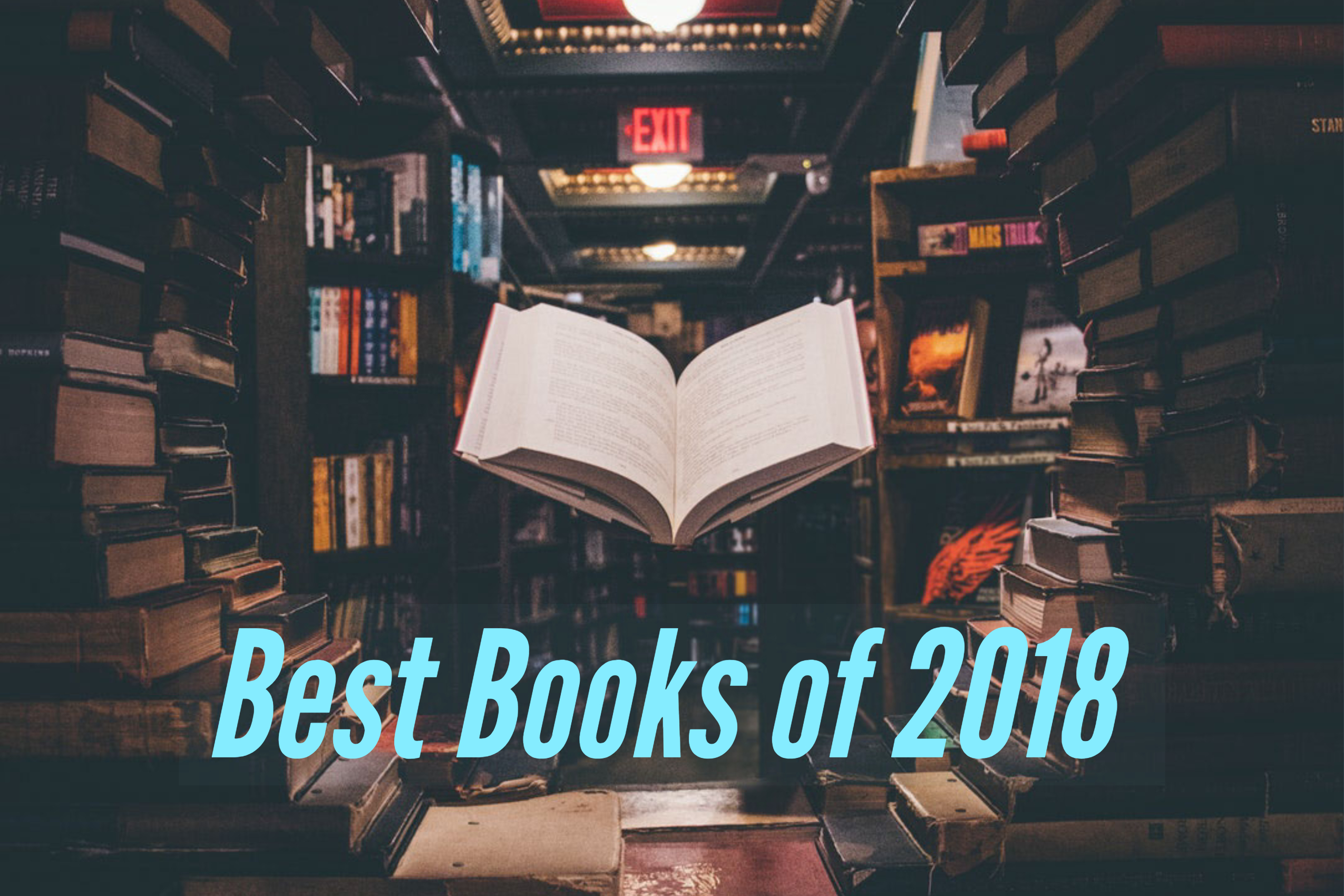 Is it really time to start compiling my favorite books I’ve read this year? Where did 2018 go? This year, I set a Goodreads goal of reading 65 books and as I’m writing this with about a month left to go, I have managed to surpass that and am at 67 books total! I will probably hit 70 before the end of the year, so it looks like for 2019, I’ll need to up my goal a little bit.

All the books on my list were published in 2018 although I did read several excellent titles that were published last year as well. What books did you enjoy this year? Let me know in the comments!

Dystopian fiction centering around reproductive rights are hot right now in the world of fiction – partly due to the popularity of “The Handmaid’s Tale” on Hulu and partly due to the concerns many women have about the Trump administration’s policies.

In Red Clocks by Leni Zumas, abortion is illegal again in America. Also outlawed is in-vitro fertilization and a new Personhood Amendment grants embryos rights of life, liberty, and property. The book follows five different women as they struggle with unplanned pregnancy, single parenthood, motherhood and providing abortion services in a time when doing so will send one to prison. It doesn’t matter if you are pro-choice or pro-life,  Red Clocks delivers a great story and will provide material for a healthy discussion for all sides of the reproductive rights issue.

Who doesn’t love a twisted thriller with an unreliable narrator?

That’s exactly what you get in The Wife Between Us by Geer Hendricks and Sarah Pekkanen. Are we dealing with an envious ex-wife whose jealousy goes a bit too far when her ex-husband announces he’s marrying a younger, prettier woman? Or are there darker secrets at play here? For fans of “Gone Girl” and mysteries with surprising plot twists.

If the cover doesn’t draw you in, the story definitely will. Children of Blood and Bone by Tomi Adeyemi is inspired by West African mythology and revolves around Zélie Adebola who is discovering that magic has not completely left the world even though all the maji have supposedly been killed. In a race against time, Zélie set outs with a rogue princess to bring magic back and launch a revolution against a tyrannical regime hell bent on wiping people like her out for good. Don’t let the size intimidate you – at 544 pages, this is an intense book to dive into, but well worth it for the supreme storytelling and lush world building. Read it fast – book two comes out in March of 2019.

Legendary, the follow up to Stephanie Garber’s Caraval, is another exciting page turner. After the events in the last book, Tella owes a great debt to an unknown man and the only way to pay it off is to uncover Legend’s secret identity. To do that, she must win Caraval, so back into the game she goes. Sequels are never as good as the first book and that’s definitely true of Legendary – it’s slower than its predecessor – but the story is still exciting and sets up the final showdown for book three.

Amani just turned eighteen and is in the midst of celebrating her entrance into adulthood with friends in family when Imperial droids and soldiers from the palace swoop in and begin scanning faces. They stop when they get to Amani, seize her and drag her away from the only life she’s ever known, simply because she looks like Princess Maram. Mirage by Somaiya Daud is an inventive, character driven young adult sci-fi debut set in space and filled with adventure, romance, conspiracy and danger. Deeper themes of class warfare, feminism and resistance against an oppressive government course through the plot, making it especially relevant to our current political climate. A shining debut that will top many “must-read” lists and one of my very favorites from 2018.

If you’re looking for something creepy to read, look no further than Baby Teeth by Zoje Stage. To say that Hanna is a difficult child is an understatement. She seems to hate her mother, often violently lashing out at her when they are alone together. But when it comes to her father, Hanna is in love and he can’t see that something is terribly wrong with the little girl, which causes a major strain on the marriage. After some convincing, Hanna is enrolled in a special school but begins lashing out at other children there, forcing her back in the home with her mother where things go from bad to worse. Is Hanna possessed or just pure evil? Her mother isn’t sure, but what’s very clear is that if they can’t figure out exactly what’s wrong, her life may be in grave danger.

As women, we’re constantly bombarded by society to look younger, stay slim, have blemish free skin and frizz free hair. Social media hasn’t helped us out at all – fashion bloggers are constantly reminding us we need to have our eye lashes filled, our eyebrows microbladed, our skin freshly spray tanned and that last week’s top we bought from the clearance rack is already out of style. In The Beauty Suit, Lauren Shields argues that women are being told that our worth is defined by our looks and even though the measurement of our hemline is supposed to liberate us, it actually can stifle our path to empowerment. So she set out to do an experiment – for nine months out of her life, she was shedding “The Suit” as she calls it, and dressing modestly. Overall, this is an intriguing read and a challenge to women to look past the materialistic facets of our lives and start embracing that “life’s too short to keep cramming ourselves into a costume that tells us we’re secondary in the world.”

Following the death of her mother, Jessie Sloane tries to get her life back on track.

She’s spent years caring for someone else, deferring college and a job to focus only on caring for her mother. But when she begins the college application process, she discovers she’s possibly been living a lie her whole life. As she tries to figure out who she is and uncover the mystery of her past, her sleep deprived mind plays tricks on her and readers are left wondering exactly what’s fact and what’s fiction. When the Lights Go Out by Mary Kubica will keep you reading long into the night, propelling you to an unlikely ending you won’t see coming.

Jodi Picoult is not one to shy away from controversial topics and in A Spark of Light she confronts abortion head-on. A gunman has burst into Mississippi’s only remaining abortion clinic, killing several staff members and wounding some of the patients. Not everyone is there for an abortion; some are only there to receive medical care or birth control. The story is told in reverse, allowing readers to trace back to what caused such a tragedy and how the cast of characters arrived at the clinic that fateful day. For me, that changed the flow enough to make it less suspenseful than had it been told chronically but doesn’t detract from the overall plot.  There’s also a surprising twist at the end readers won’t see coming. A heavy but engaging read that opens up all kinds of moral discussions for either side of the abortion debate.

The extreme religious right has a stranglehold on the government, forcing America back to a time when women are to be seen and not heard. Women are not allowed to speak over 100 words per day, they’ve been stripped of their jobs outside the home and forget about personal property rights or having a bank account. A wrist tracker keeps count of how many words women are speaking and there are very uncomfortable consequences should one go over their allotted 100 per day. Vox by Christina Dalcher follows Jean, the protagonist and once successful researcher, as she struggles to raise a daughter in an oppressive society, deal with her husband and sons who seem to be supportive of the new rules and as she works to reclaim her voice in society as a budding resistance movement begins to take shape around her.