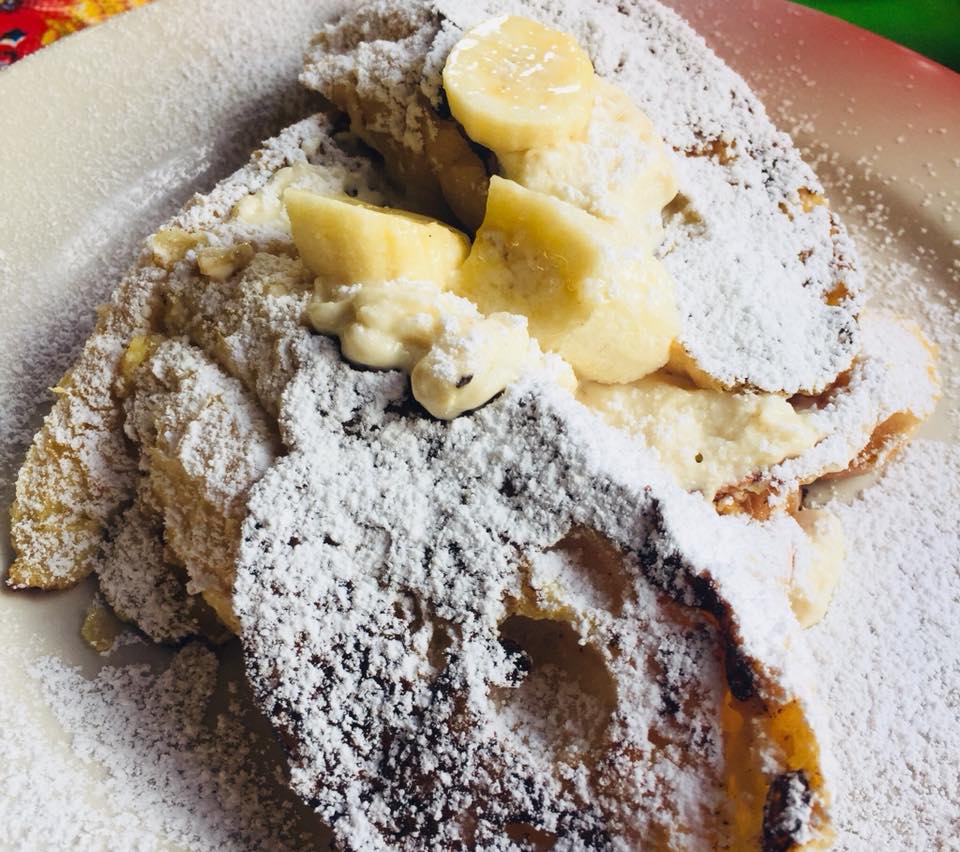 I just got back from my first national library conference in New Orleans. I had been to the Big Easy several years ago but only for a couple days, so I didn’t get to extensively try the food. I more than made up for that this time though! In my opinion, it doesn’t get much better than southern cooking and I was not disappointed.

My plane landed around noon, so I picked up my rental car then quickly dropped my bags off at my AirBnB, then swung by Johnny Sanchez for lunch. I had the empanadas, which were SO GOOD and filled with plantains and chorizo, covered in cotja cheese and served with a cilantro ranch dipping sauce. They were excellent, although the portions were more appetizer sized and the prices on the high side. It helped tide me over through the opening conference session and until dinner.

The first amazing meal was technically not in New Orleans, but in the small town of Slidell, which is north of the city. I met up with a friend at The Blind Tiger and tried some of their mahi mahi fish tacos. I’ll be upfront with you here: I’ve never had a fish taco and I really don’t care much for fish unless it’s fried or mild, like tilapia or mahi mahi. So I went outside my comfort zone here and IT PAID OFF. These tacos were so delicious! I highly recommend stopping at this local joint if you find yourself in Slidell. I’m sad to say, I forgot to take a photo of my food, but here’s one I snagged off Trip Advisor.

This photo of The Blind Tiger is courtesy of TripAdvisor

For breakfast on Saturday morning, I got an Uber to Elizabeth’s which wasn’t open yet but already had a line forming outside. They’re noted for breakfast, especially the praline bacon. I opted for Bananas Foster French Toast and wow was it good. I couldn’t finish it all – the portions were huge. I was unprepared for the type of bread they used – it was more like a french bread and not the typical sandwich bread we all use here in the Midwest.

Saturday night in New Orleans, I met up with my library director for dinner at Coop’s Place in the French Quarter. It was not what I expected! It was a tiny, hole in the wall bar but it had been highly recommended so we tried it anyway. I got red beans and rice and while it was good, I honestly think I’ve had better. It was still a fun experience and there are other things on the menu that look delicious too.

Sunday I was way too busy to leave the convention center so I had pizza for lunch (boring) but Sunday night, I had my best meal of the whole trip at The Rum House on Magazine Street.

They specialize in Caribbean infused taco dishes and of course, rum drinks! I got two tacos with plantains and black beans. SO GOOD. The jerk chicken taco was topped with mango salsa and the Carolina BBQ taco was topped with corn relish and BBQ sauce. There were so many to choose from. I probably should have eaten here twice because the menu is so extensive and it was hard to choose what I wanted. I also indulged in a rum punch that really hit the spot and also went well with my dinner. I thought about key lime pie but was too full to eat anything else that night.

Monday was kind of my sleep in morning, so I skipped breakfast and once again ate lunch at the convention center because my afternoon was very busy with things to do. That evening, I decided to walk down to St. Roch Market, which was near my AirBnB. It was such a cute place and they also have a location in Miami. It’s located in an old factory that they’ve re-vamped and there are lots of different food vendors to order from and you can eat inside or out.

It seems I can’t stay away from Mexican food, because I ordered a burrito bowl with street corn on top. I got a mint lemonade from another vendor and it made for a really delicious dinner. Saint Roch area is an up an coming neighborhood, so if you’re ever looking to escape the French Quarter, I suggest checking it out.

Tuesday was my last full day in the city and I was all finished with my conference, so I met up with my friend Shana who graciously showed me around and did all of the driving for the day. We started the morning at Cafe Du Monde for some glorious beignets.

After breakfast, we walked around the French Quarter then headed to Oak Alley Plantation (more on that in another post). We spent a couple hours there, then headed back to New Orleans, where we walked through their unique cemeteries before having lunch and ice cream on Magazine Street.

I got chicken schwarma from Anatolia, which is a Turkish/Mediterranean restaurant along the main drag. The portions were huge! And there’s a really good variety to choose from.

Finally, we ended our day with a scoop of ice cream from Sucre, a fabulous sweet shop with ice cream, macaroons and other sweet treats. Also located on Magazine Street, all goodies are made in house.