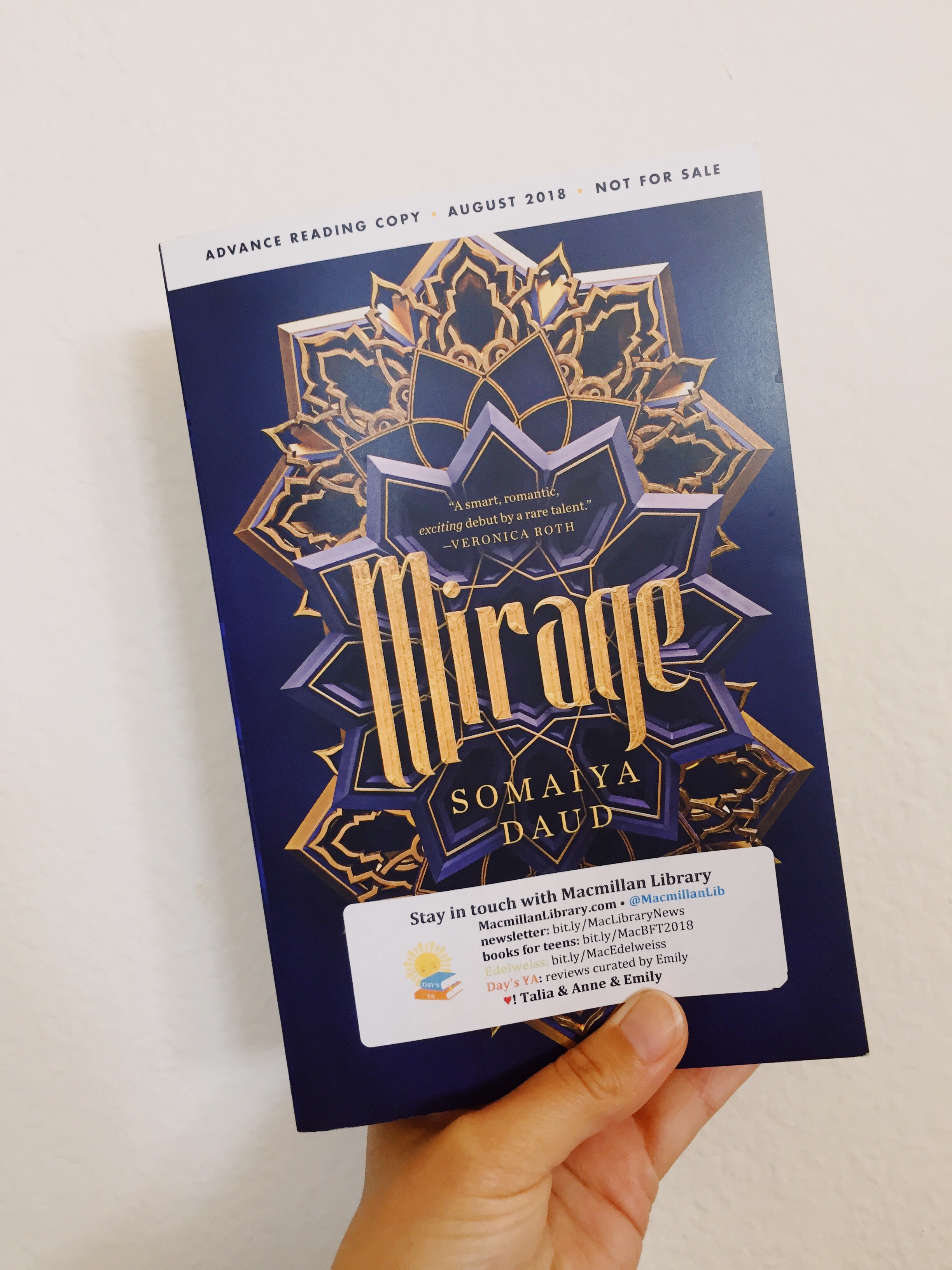 Amani just turned eighteen and is in the midst of celebrating her entrance into adulthood with friends in family when Imperial droids and soldiers from the palace swoop in and begin scanning faces. They stop when they get to Amani, seize her and drag her away from the only life she’s ever known, simply because she looks like Princess Maram.

The princess is cruel and the people hate her. So much so that her life is in constant danger. That’s where Amani comes in – they want her to stand in as a body double for the princess in case an assassination attempt is made on Maram’s life.

Amani has to learn Maram’s every facial expression, vocal inflection and fool not only the people they rule over but her fiance and family as well. It’s not an easy task and if she makes one wrong move, they’ll have her head.

Mirage is an inventive, character driven young adult sci-fi debut set in space and filled with adventure, romance, conspiracy and danger. Deeper themes of class warfare, feminism and resistance against an oppressive government course through the plot, making it especially relevant to our current political climate.

Daud has created an exciting new series that will appeal to fans of Marissa Meyer’s Lunar Chronicles but also contains elements similar to Star Wars and Black Panther. A shining debut that will top many “must-read” lists.

*I received an advanced copy of this book. This is my honest opinion and I was not compensated in any manner for my review.