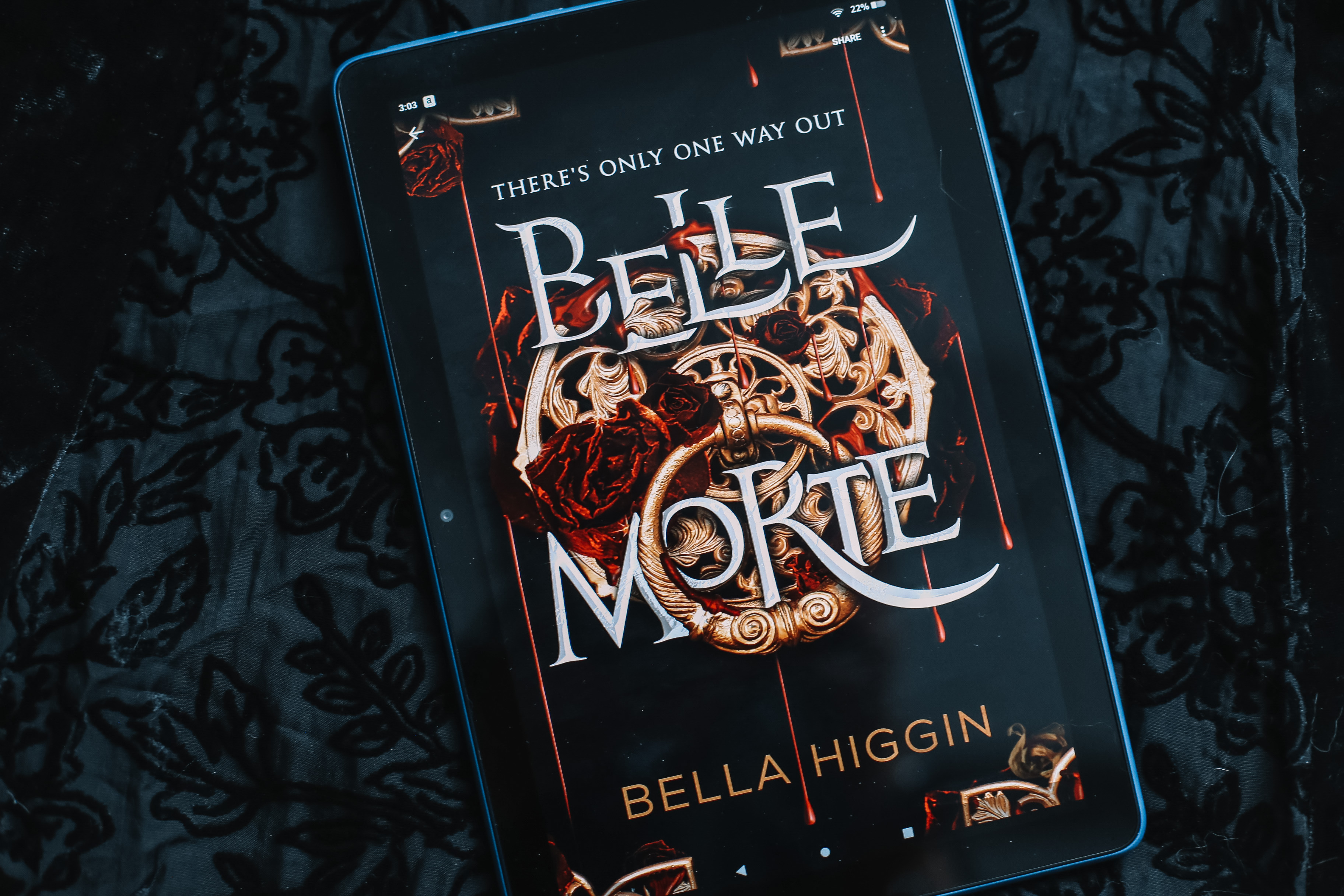 *I received an advanced copy of this title through Netgalley in exchange for an honest review.

Looking for your next fantasy read? Belle Morte deserves a spot on your bookshelf next to all your favorite classic vampire series. Read on to find out more about this new vampire book for teens!

Vampires and humans have found a way to co-exist peacefully.

Five houses exist where vampires live like royalty and feed on humans who sign up to be paid blood donors. This keeps the vamps from going on killing sprees fueled by bloodlust and the humans who sign up seem to get a thrill out of being paid to have their blood drunk.

But for Renie Mayfield, her decision to enter Belle Morte isn’t driven by a love of vampires; instead she’s on a quest to find out why she suddenly stopped hearing from her sister June who apparently went in and never came out.

While trying to uncover answers about June, Renie begins to fall for Edmond, one of the oldest vampires in the house. The feeling is mutual, testing the boundaries and rules against vampire and human relationships.

Undead guy pines away for a mortal he can’t have? Check.

Passion pushes the two together? Check.

Still, even with the usual tropes, this is such a fun read and goes a little bit deeper into relationships beyond the obvious romance by introducing Renie’s love for her sister. There are some well-developed characters, twists and turns in the plot and an unexpected ended that definitely sets this up to be a series.

I also like that the book switched protagonists so we were getting both Renie’s and Edmond’s perspective. There won’t be a need for a Midnight Sun with this series!

Things do get pretty bloody towards the end, so for anyone who doesn’t stomach gore very well, you might want to avoid those few chapters.

While Belle Morte is definitely more for the Twilight crowd versus the Anne Rice vampire novels crowd, it’s still pretty enjoyable as far as romantic vampire novels go. I was hooked a few pages in and didn’t want to put it down!

This one will fit nicely on the shelf next to Vampire Academy, House of Night and The Vampire Diaries – all popular vampire books for teens. Four out of five stars and my favorite read of 2022 so far.

This title won’t be released until April 5, 2022 but you can pre-order now!

If you’re looking for more teen vampire books to read, my friend Christine has a great list of “11 Best Vampire Books for Teens” over on her blog, The Uncorked Librarian. And be sure to check out my other book reviews here.

One thought on “Belle Morte by Bella Higgin Book Review”