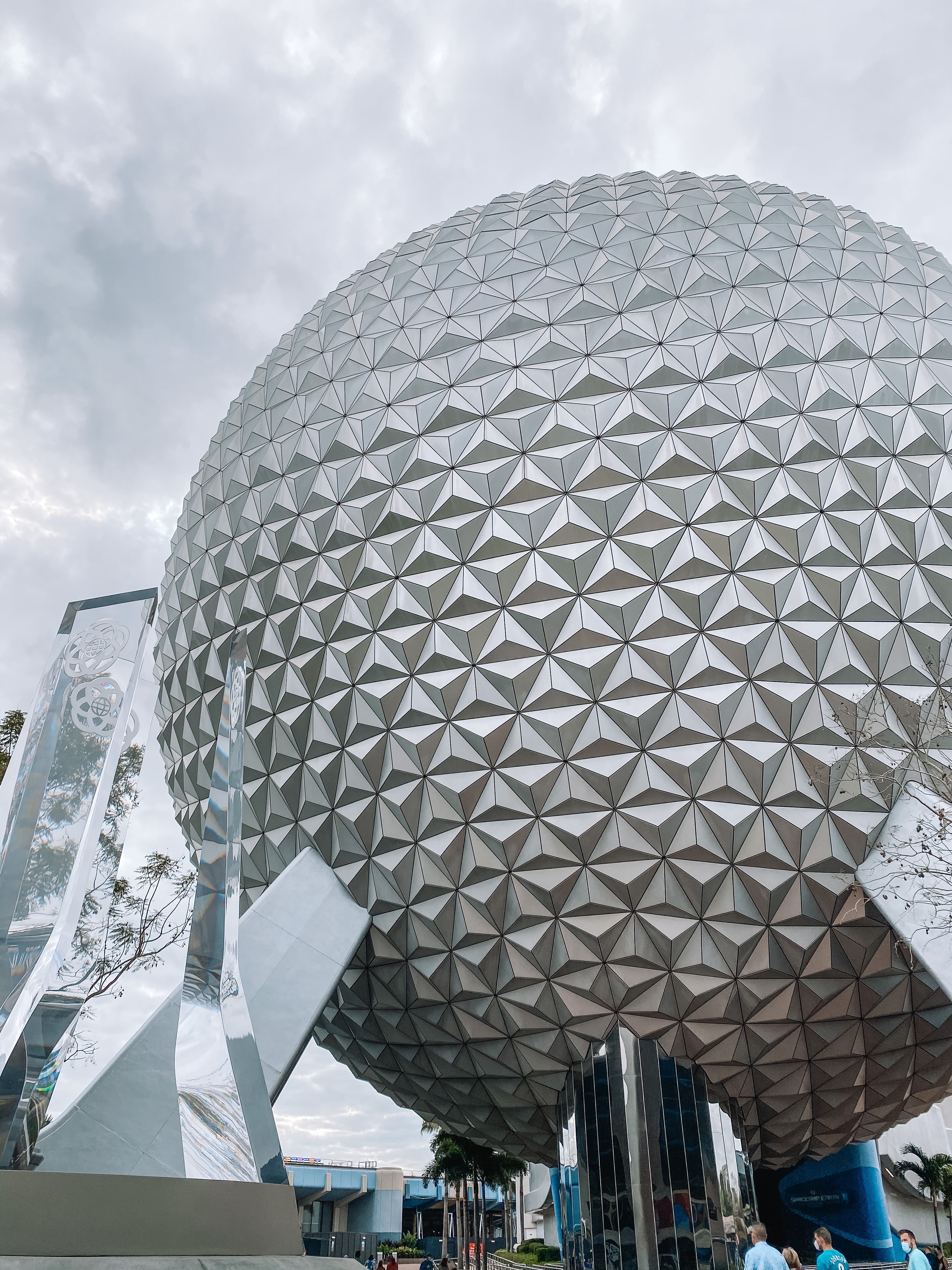 We recently returned from a week in Orlando, where I spent four days at the Disney Parks and one at Universal so I could get my Wizarding World fix. It was a great trip and even though we’re still dealing with COVID, all the parks have taken precautions to keep visitors safe and I felt like everyone adhered to the rules for the most part and if they didn’t, park employees made sure they did.

Our first stop after driving for two days was an afternoon in Disney Springs. I had not been to Disney World since 2009, so a lot had changed! Downtown Disney was completely overhauled, adding new restaurants and shopping and got a name change to Disney Springs.

After going through security and a temperature check, we grabbed a bite to eat at Chicken Guy. Known for their sauces, this is a step up from your typical fast food chicken establishment. I tried the Nashville Hot Honey and Cumin Lime Mojo and preferred the lime, but all of them were really good! My traveling partners got some different sauces as well and we didn’t find a bad one!

Then it was time to try the famous Disney Dole Whip! I don’t really like pineapple, but Dole Whip comes in lots of different flavors and Marketplace Snacks had a special watermelon flavor while we were there. Some of the Disney bloggers had given it mixed reviews, but all three of us really liked it and found it to be a light, refreshing treat.

Our second day in Orlando was spent entirely at Epcot. I had not been to this park since I was a kid and honestly the only thing I remembered about it was Spaceship Earth and thinking it was a boring ride, haha. Riding it as an adult – about the same opinion. I hear they’re doing a complete overhaul of it, so it will be interesting to see what changes. I do think going up in the big ball is fun though!

The Festival of Arts was going on during our visit to Epcot, so there was a mural painting in progress, art on the sidewalks and around the park and lots of original art on display and for sale.

Crowd size was really light the day we visited – every ride until our second trip on Test Track was a walk on. Disney has placed plexiglass dividers on almost all their rides to separate parties and allow for social distancing and they’re also leaving seats/cars open as well so rides are not packed full of people.

After riding several rides, it was time for lunch! We had a few days where we just did mobile orders for food, but at Epcot, we did lunch reservations at the German pavilion, trying Biergarten. This is typically a buffet, but with COVID, that part is closed.

The staff brings you all the menu options on a huge plate and you can ask for more, but the portion sizes are HUGE, so you probably won’t be able to finish everything they bring you. Definitely get the pretzel bread – it was delicious.

You also get several salads – I enjoyed the tomato salad but didn’t eat the other two since they were mayo based and that just doesn’t agree with my stomach. The main course features a bunch of meats (my favorites were the
Schnitzel, Meatballs and Bratwurst), spatzel (noodle), roasted potatoes, sauerkraut, and green beans.

After lunch, we walked around several of the other pavilions, checking out the grocery store in Japan and getting a rainbow kaki gori at one of the stands nearby.

The kaki gori is shaved ice with Strawberry, Cherry, Melon, and Tangerine. Add some sweet condensed milk on top to make it extra delicious. You will need help to finish this one too, but it’s a Disney favorite treat so make sure you get one before you leave the park.

By the time I finished my kaki gori, there were only a few hours left in the park, so it was time to finish up riding the rest of the rides we hadn’t gotten to yet and finished off the day with Test Track at night, which gave you a pretty view of the park at night.

So what were my favorite rides at Epcot? Here’s every ride (except for Journey Into Imagination With Figment because we skipped that one) ranked!

With a couple new rides set to open in a few years, including a Guardians of the Galaxy adventure, we might just have to return sooner rather than later!