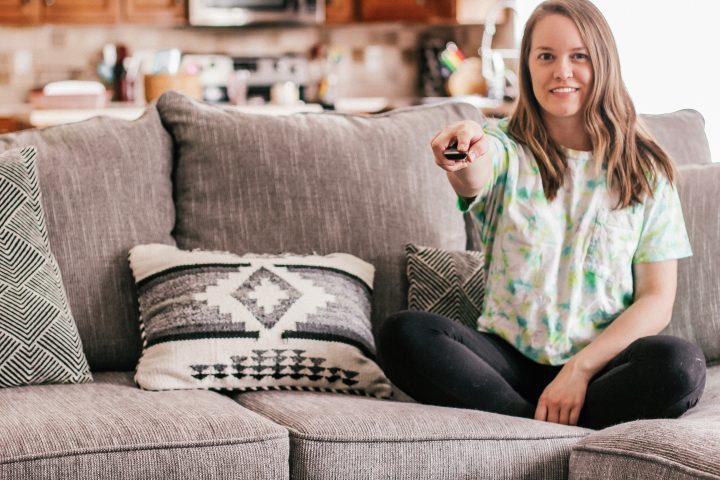 We’re on day two of our two week stay at home order and with rain in the forecast this weekend, the outside projects that have been keeping me busy and sane will just have to wait. I’ve been re-watching ER and iZombie, but am about to finish up the latter, so I’m definitely on the hunt for something new to watch soon.

Here are a few shows I’d recommend for binge watching to anyone searching for something over the next few weeks as we all try to stay healthy and social distance from the rest of the world.

Younger
I started watching this on a whim and flew through it in no time! If you enjoyed Gilmore Girls, I can almost guarantee you’ll like Younger too. Starring Sutton Foster as Liza Miller, a 40-something mom who looks way younger than she is. Liza works for a publishing company, but hides her real age so she can advance her career, causing some sticky situations and hilarious moments, especially when she falls for a much younger guy who doesn’t know her real age. Hillary Duff also stars.
Where You Can Watch: Hulu

Atypical
This dramedy centers around Sam Gardner and his family as they adjust to his coming of age while living with autism. Change isn’t something Sam deals with very well, so when his parents face marital problems and his sister Casey changes schools, Sam begins his own transition to becoming independent as the world around him shifts. The storyline is supurb on this show and there are so many heartfelt moments mixed with humor.
Where You Can Watch: Netflix

Zoey’s Extraordinary Playlist
Zoey Clark works for a San Francisco tech firm, but when an earthquake happens during an MRI, she can now hear everyone’s private thoughts, but in song form! The first time it happens, Zoey thinks she’s going crazy, but it becomes both a blessing and a curse and a way for her to communicate with her terminally ill father who is unable to talk. Lauren Graham also stars as Zoey’s boss. This one is really new, but if it makes it to a second season, I think it’s one that could really take off like Glee did.
Where You Can Watch: NBC, also streaming the next day on Hulu

Sons of Anarchy
Outlaw motorcycle gangs never looked so sexy. This American crime drama originally aired on FX and follows Jax Teller, the next in line to become president of the motorcycle club, as they fight with each other, law enforcement and rival gangs. You will be sucked in to all the drama, betrayal and plot twists as this seven season show spirals to its heartbreaking, yet fitting end.
Where You Can Watch: Hulu

The Leftovers
Based on the book by Tom Peretta, The Leftovers centers around a community that’s still reeling from a rapture-like event that took over 2% of the world’s population. It can be bleak at times, so if you’re looking for lighter fare, this one may not be for you, but the storytelling is compelling and many critics call it one of the greatest shows of all time. Expect some frustrations since it comes from the minds of the people behind Lost, but it will challenge you to think deeper and look at what changes you need to make in your own life.
Where You Can Watch: HBO

The Mindy Project
After The Office, Mindy Kaling went on to create this gem of a show. Fox canceled it after a few seasons, but praise be to Hulu for picking it back up. Mindy Lahiri is a gynecologist searching for her soul mate, but can’t quite seem to meet Mr. Right. Combine that with the wacky partners and office staff she shares a practice with and you have a brilliant rom-com that (in my opinion) out funnies The Office.
Where You Can Watch: Hulu

A couple weeks ago, I drove through Bloomington, I