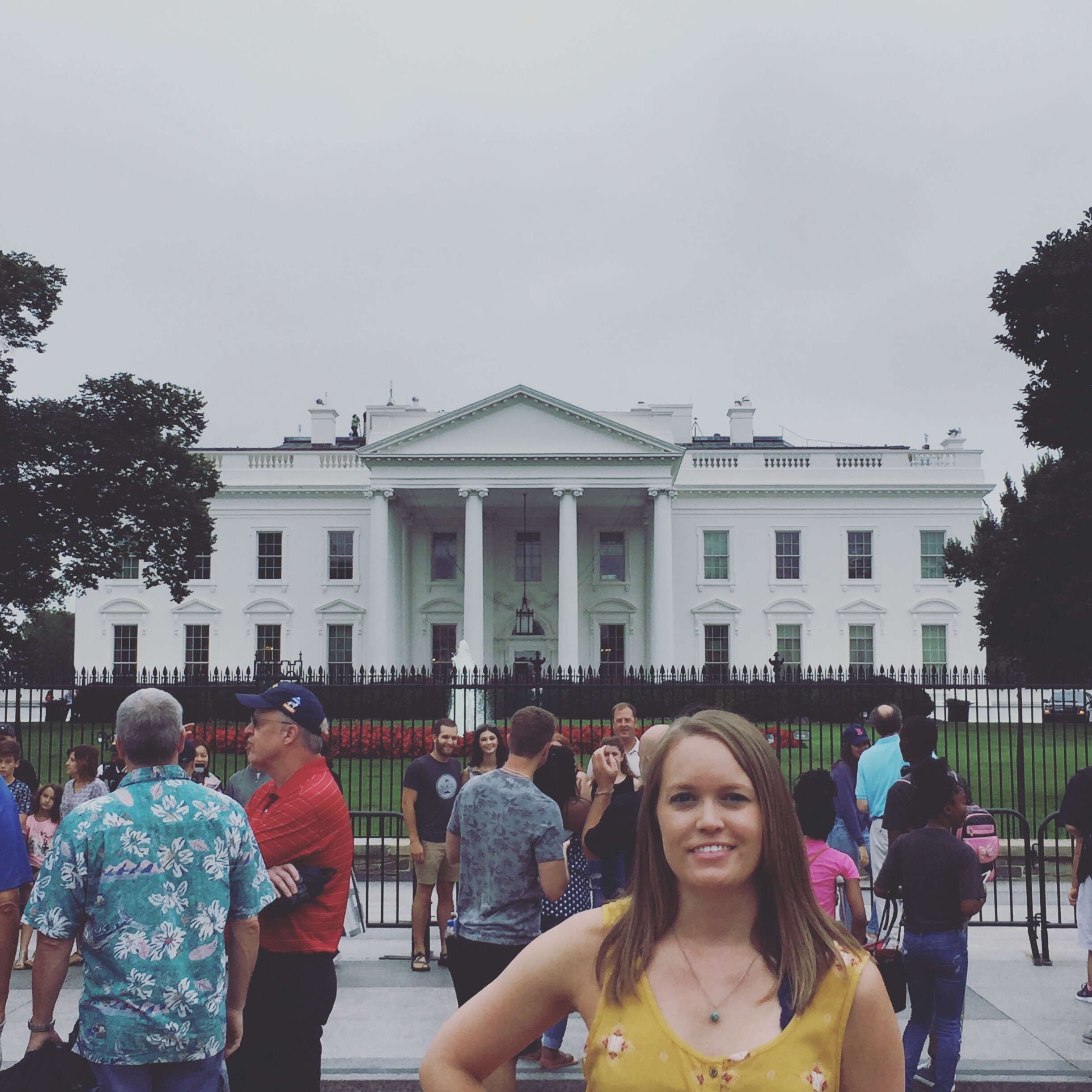 Back in the spring, Hanson announced two special concert dates that had them playing with symphony orchestras. I’d just finished complaining about the lack of a new album (it’s been FIVE YEARS) and saying that I was tired of them touring on the old stuff and would rather forfeit a couple years of concerts in favor of getting some new songs. But you know how it goes – even though you’re slightly irritated with your favorite band, you just can’t quit them.

So my friend Lacy and I decided to make a weekend trip out of it – she’d never been to D.C. before and it had been about seventeen years (getting old!) since I’d last visited the nation’s capitol. I decided to drive out and fly back, which enabled me to get the West Virginia, Maryland and Virgina state signs.

I left Indiana around 7:30 a.m. and made it to our hotel in VA by 6 p.m. Lacy and I didn’t do much that evening other than eat at a nearby thai/Chinese place called Big Bowl. It was really good, with big portions and I’d definitely eat there again!

Friday morning, we were up super early to catch the Metro for the 45 min. ride to downtown D.C. Our day started with a tour of the White House, which seemed fairly short compared to the amount of time we spent waiting in the security line to get in. Once inside, we toured the East Wing, which has lots of historical artifacts and presidential portraits for visitors to see.

Following the White House tour, we grabbed a quick snack, then headed to the Holocaust Museum for a few hours. This museum is definitely not for the feint of heart – it’s a very sobering place and you will leave with a heavy heart.

From there, we quickly took in the Library of Congress (amazing!) and met up with the intern from Todd Young’s office for our tour of the Capitol building.

By the end of the tour, we were starving and took an Uber to Founding Farmers, a restaurant owned by the North Dakota Farmers Union. All ingredients for their dishes are locally sourced and the money goes back to family farms. The food was outstanding – I had cornbread, chicken fried steak, green beans and macaroni and cheese. Lacy had a french dip type of sandwich. We both said we could have eaten there every meal. Highly recommended if you find yourself in the D.C. area!

After lunch, we went back down to the National Mall to visit the remaining memorials we hadn’t really had time to thoroughly see, starting with the WWII Memorial. We hadn’t been there very long when it started to pour down rain, so we tried to take cover under the trees and started walking up to the Lincoln Memorial where we waited the rain storm out. I had changed into my rain boots that I’d been lugging around in my backpack all day, but Lacy’s feet were soaked so instead of walking around the Tidal Basin, we decided to call it a day.

Saturday we slept in a little, then took the scenic, toll-free route to Arlington National Cemetery. We spent about three hours there, visiting John and Jackie Kennedy’s graves and watching the changing of the guard at the Tomb of the Unknown Solider. That was an amazing experience that I don’t think you fully appreciate as a kid.

From there, we drove down to National Harbor to eat at Succotash, which was underwhelming. Both Lacy and I agreed that we should have just eaten at Founding Farmers again!

Then it was time for the REAL reason we were there – Hanson at Wolf Trap for their String Theory show with the National Symphony Orchestra. I personally am not a classical music person, so I really had no idea what to expect but I was sonically overwhelmed by how beautiful the arrangements were. It was also a much more relaxed atmosphere – the show was seated, which almost never happens at a Hanson concert – and people weren’t fighting to get front row or crowding each other to get closer. After 32 shows, I needed a break from all that and it was so nice to just sit back and enjoy the music.

The concert lasted about two hours with a short intermission in the middle. My favorite was Yearbook, but I also really loved how Siren Call and You Can’t Stop Us sounded with orchestral arrangements. A few songs seemed out of place to me (Where’s the Love) but I understand why they included them.

Sunday morning I had to be up bright and early to catch my 6:30 flight back to Indy. Such a great weekend in D.C. and I can’t wait to see the guys play at the Indiana State Fair this weekend!