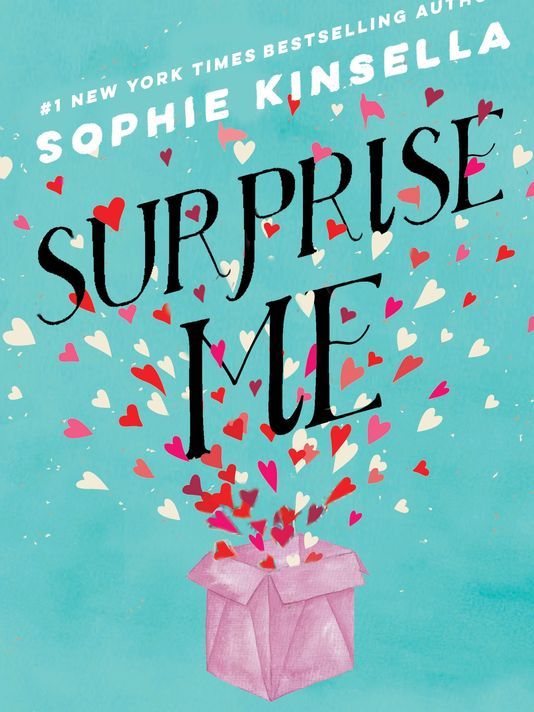 Sylvie and Dan have been together for ten, happy years. They’re parents to twin girls and both are satisfied with their lives together. But when their family physician gives them the news that not only are they perfectly healthy but they probably have at least sixty-eight more years together, the happy couple panic.

What if they get bored with each other? What if they’ve learned everything there possibly is to know about each other? Sixty-eight years is a really long time. So Sylvie and Dan decide to spice things up by initiating something they call “Project Surprise Me” – they’ll each take turns planning surprises for one another.

From surprise dinners with old friends, luxury department store items, to a sexy photo shoot the surprises are well-meaning but often go awry or comically bad. And worst of all, the surprises cause some old secrets to bubble to the surface, leading to distrust and doubt between them.

Sophie Kinsella, best known for her Shopaholic series, has written another light, beach read that hilariously deals with the ins and outs of marriage. The characters are colorful and eccentric and while the plot is a little over the top, at the heart of the story are common issues any married couple can relate to.

The book gets a bit bogged down in the middle, but Kinsella’s writing style keeps things moving past the sluggish parts. Fans of her previous works will enjoy this title as well.