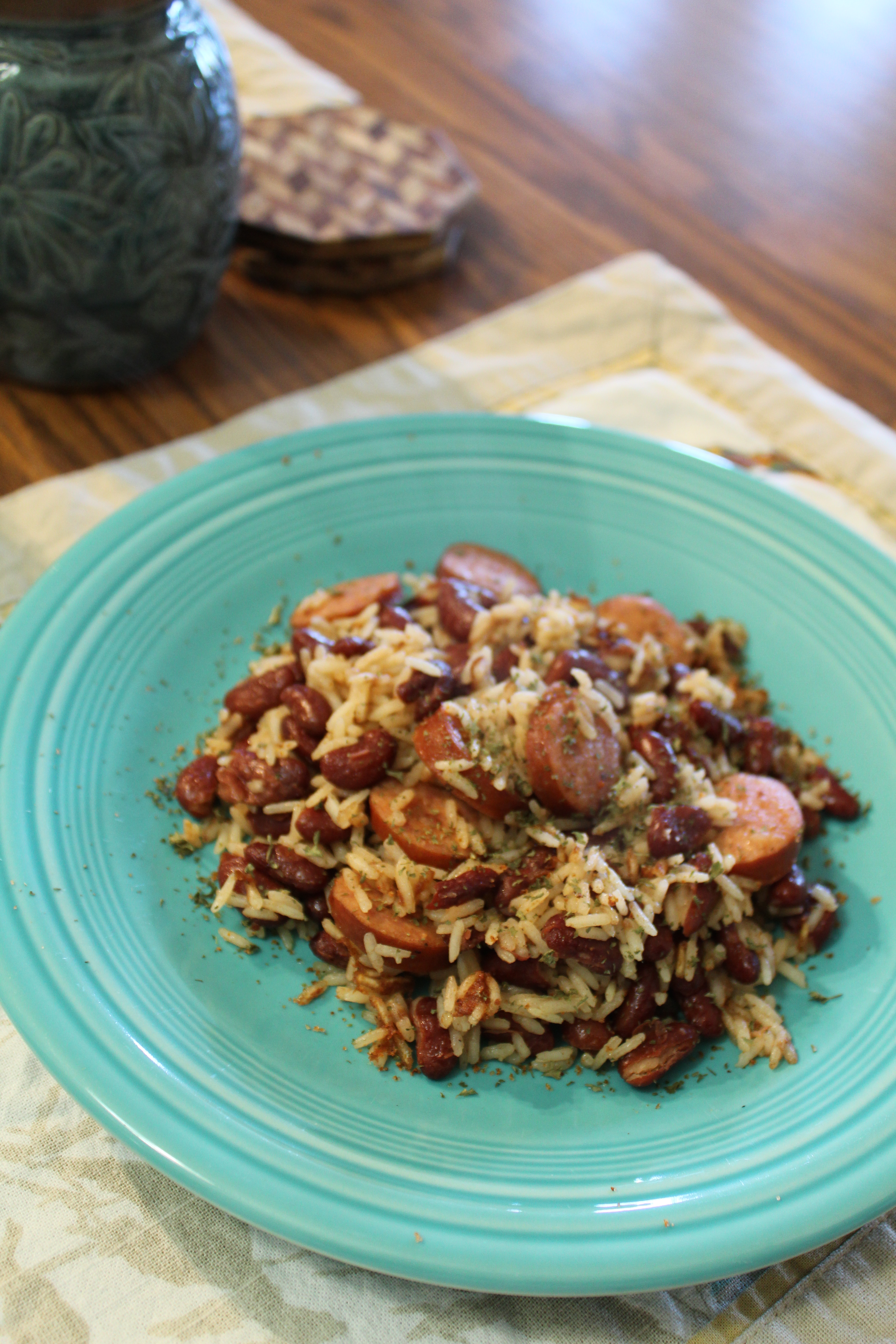 There’s just something about southern cooking. It’s comforting, delicious and hearty. It’s hard to get a good plate of red beans and rice outside of New Orleans and the store bought mixes just don’t cut it.

I’ve tried making this dish the traditional way – soaking dried beans overnight, cooking on the stove for eight hours and while the effort yields a tasty dish, sometimes you just don’t have two days to spend on one meal. So I created this shortcut recipe that tastes pretty darn close and takes only 30 minutes to make. This serves two to three, so increase ingredients as needed to feed your family.

Ingredients:
1 can of red kidney beans
1 Andouille sausage
Creole Seaoning (I like Zatarain’s)
1 cup of white rice
2 cups of water

Empty can of red beans and half a can of water into skillet, cover and cook on low heat until beans start to get soft, about 10 minutes.

Season with creole seasoning to taste.

Cut the sausage into pieces and add to skillet, cooking another 5 – 10 minutes. Increase the temperature slightly to cook the meat a little faster.

Add one cup of white rice and two cups of water to the bean and sausage mixture. Replace lid and cook until rice is fluffy, about 15 minutes. Stir occasionally so things don’t stick to the bottom of the pan!

Remove from heat, top with additional creole seasoning and parsley if you’d like and serve hot. Yum!

2 thoughts on “One Pot Red Beans and Rice”