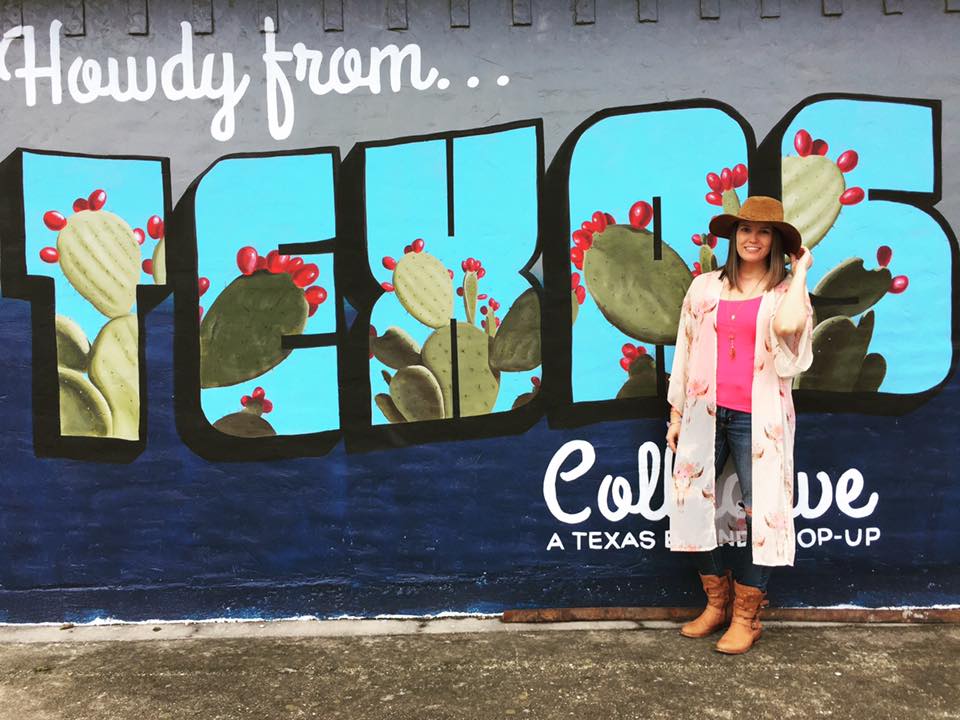 If you aren’t a Hanson fan, you probably don’t know that every year they have a weekend long celebration in their hometown of Tulsa, OK. This year was extra special since it marks 20 years since their first major label album was released and fans from all over the world descended upon what we like to call “our Graceland.”

This was my third time going – I went in 2009 for the first time and then again in 2012 to celebrate 15 years. And even though I’ve been to 48 of the 50 states, I’m still working on getting pictures with all of the state signs (20 down, 30 to go). So instead of flying to Tulsa, I opted to fly to Dallas then make the 4 hour drive up to OK so I could get Texas & Oklahoma.

My original plan was to stop in Oklahoma City on the way to Tulsa. I wanted to visit the memorial for the Oklahoma City bombing and also see the capitol. But on my way there, some severe storms rolled in and the area was under a tornado watch, so I bypassed all that and went directly to Tulsa. The storms followed me and about the time I was parking and getting ready to head to the first event of the weekend – Hanson karaoke – it started to rain.

Karaoke night was probably my least favorite part of the weekend. The song selection wasn’t great and most of the people who got chosen to sing, picked Hanson songs. And with the exception of one girl who rocked “In the City” most weren’t very good. Highlight of the night was Isaac’s hosting skills and his rendition of “Crazy” by Gnarls Barkley. When we left karaoke, it was POURING. And I mean, pouring. It wasn’t far to the car but our clothes and shoes got soaked and to top it all off, our hotel was out of power when we got back. It took two days for my clothes to dry out and the seats in the car were so wet that we had to sit on towels from our room the next day to keep us dry.

We started off day 2 with Hurts Donuts. I got the Apple Pie doughnut and it was delicious! My friend Lacy got a Strawberry Shortcake and it was really good too. Then it was time for group photos with the band! Also about that time, the sky was about to open up and pour on us again. Thankfully, Hanson moved the huge line in to Cains Ballroom where we waited in lines (the theme of the weekend) that actually moved pretty fast. We were also happy that we knew everyone in our group – sometimes you get stuck with random people and it’s more fun if everyone in the photo are friends 🙂

That afternoon we went thrifting, ate lunch on Route 66 and visited some local gift shops. We also attempted to stand in the line for the Hanson store but when it started pouring again, we gave up & came back later in the day. That night we met up with our group photo friends for dinner then went to the dance party that was DJ’d by Taylor. The dance party was a lot more fun than previous dance parties. I actually stayed out until about 2 AM!

I had plans on day three to get up really early and go get the Arkansas and Missouri state signs. Tulsa is only about an hour away from Arkansas and an hour and a half from Missouri. But after staying up so late, I just made it to Arkansas and decided to get Missouri some other time. It also rained on the way there but finally cleared up by the time I got back. Lacy & I went to lunch at Mexicali then went to the special Hanson exhibit at the museum in town. It was a little underwhelming – I expected more items to be on display but it was really cool to see the piano from the “Lost Without Each Other” video. However, they wouldn’t let us take photos!! That was extremely disappointing, but I sneaked in a few anyway when they weren’t looking. They also had a fun photo booth set up where we could take pictures in front of the pansy from the MMMbop video.

We got a few pictures with some other murals around town then met up with friends for the concert that night! Before the concert was the State of the Band, which is pretty much just updates on what’s going on in Hansonland. We got a world premier video for the new single “I Was Born” which features all their kids and left the entire room weepy. They also played some footage from the recording of Snowed In and the new Christmas album, which comes out in Nov. The show itself was mostly songs from previous fan club only CDs, which was kind of cool because it wasn’t the typical set list.

After the concert, I walked back to our hotel and went straight to bed because I wanted to get up at 5:30 AM to head back to Dallas. When I got back to Dallas, I had plenty of time to kill before my flight so I found a giant eye ball in the center of downtown, a cool mural on my way to eat Torchy’s for the second time, then spent about an hour at the President George W. Bush Presidential Library.

What I didn’t know was that I was going to be delayed about 9 hours in the airport due to storms moving in to Texas 🙁  It took forever to board, then when we finally got on, we sat there for a long time before they made the announcement that flights to Houston were grounded and everyone with connections there needed to get off to be re-routed. They had us stand in another really long line and I finally got put on a direct flight to Indy which was scheduled to leave at 8:55. By this time it was 4 o’clock so that didn’t seem too long but as the day went on, the flight kept getting delayed even later and we finally got in the air about 10 PM, which got us back to Indy at 12:30 AM. I got home shortly after 1 AM, tried to sleep (the cats were excited so it wasn’t a very restful night) and then dragged myself out of bed to come to work.

It was a great trip though & I will hopefully make it back again – maybe for the 30 year reunion 😉 It was great to see many of my extended Hanson “family” and make new friends along the way. Here’s to 20 more years!