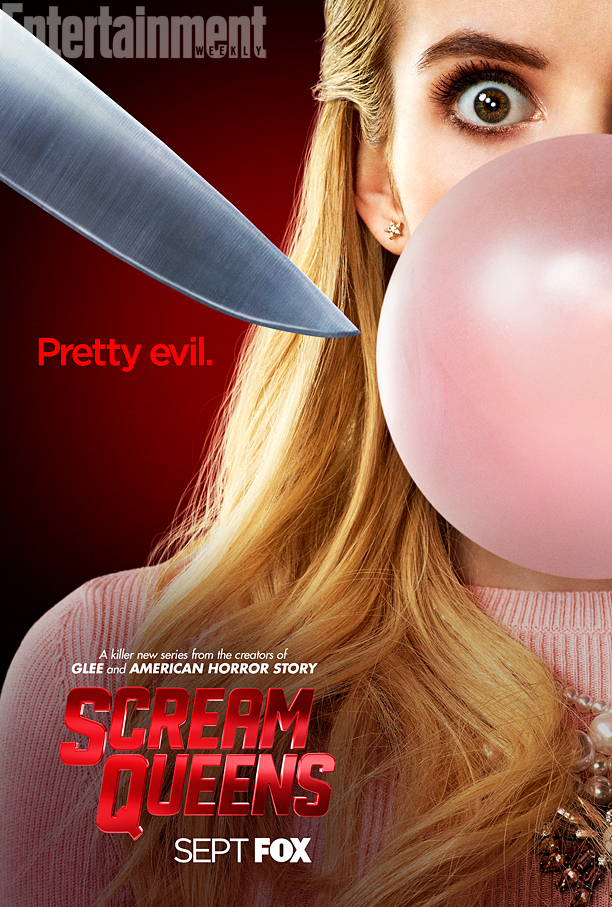 In a little less than two months, new seasons of TV shows will be returning to the networks.  Re-boots are the next big thing these days, but many brand new shows will also be making their debut alongside the lucky shows that got renewed for another season. (Condolences to the fans of the cancelled shows that didn’t make it to another fall premier.)

These days, the cancellation ax comes quickly – sometimes even just after two aired episodes if ratings are bad – and it’s hard to decide which of the new crop of freshmen shows to invest in. No one wants to watch an entire season of something, become attached to the characters, then suffer the disappointment of an unresolved ending thanks to a network cancellation.

So how do you choose? Some may wait to see if a show gets buzz, then catch up and finish out the season if it looks like a sure thing. Others might wait until at least a second season is guaranteed before binge-watching the first. I’ve done both, but after looking at the crop of new shows and reboots for the up-coming season, I’ve  found a handful that I’m interested in watching right away.

The first season of the original Heroes series is exceptionally good. Then the writer’s strike in Hollywood happened and season two got cut short, ratings fell and it was all downhill from there. I stuck it out and found that by the end of season 4, it was getting interesting again, but it was too late for the show to be saved. Heroes: Reborn is a re-boot of sorts, although most of the original cast will not be returning. Zachary Levi stars and it’s being billed as a 13 episode mini series and premiers September 24th on NBC.

I like American Horror Story and I liked Glee up until the last couple seasons, and Ryan Murphy’s Scream Queens seems like it might be a mash up of both his shows. Each week there’s a new murder with the killer to be revealed at the end. The casting is also pretty solid: Lea Michelle, Emma Roberts, Nick Jonas, Jamie Lee Curtis and Ariana Grande, just to name a few. Sounds like a soapy, guilty pleasure kind of show! Airs on Fox, beginning September 22nd.

Comic book adaptations are hot right now for both the TV networks and movie studios. I’m more of a Marvel fan myself, but really enjoyed Melissa Benoist on Glee and the trailer for this show looks really good, so I’m going to give it a shot. Plus, CBS is usually pretty solid with their programming. SuperGirl premiers on Monday, October 26th.

You, Me and the End of the World

The Office, 30 Rock, Parks and Rec, and Community are all long gone from NBC’s comedy line-up and in a world where everyone is searching for the next Breaking Bad, good comedies are hard to come by these days. You, Me and the End of the World looks promising though. Jenna Fischer (The Office) and Rob Lowe (Parks and Rec) star, with a release date TBD on NBC.

This one won’t be on until 2016, but is brought to you by HBO, Martin Scorsese and Mich Jagger. Vinyl centers around the music industry in New York in the late 1970s and stars Olivia Wilde, Ray Romano and Bobby Cannavale. I enjoy almost anything music related, so I’m pretty excited about this one!

The truth is still out there…The X-Files returns to Fox on January 24, 2016. Right now, there are only six episodes scheduled in this limited edition mini-series (mostly due to the actor’s tight schedules) but if it’s a hit, we can probably expect Fox to order more in the future. I want to believe this will happen. Don’t disappoint me Mulder and Scully.

We discuss the classic third book in the Little House on the Prairie series by Laura Ingalls Wilder. The story follows the Ingalls family as they travel west in their covered wagon from Wisconsin to Kansas. Further Reading: https://www.mentalfloss.com/article/91800/5-ways-little-house-prairie-books-stretched-truth https://www.pbs.org/wnet/americanmasters/what-should-be-done-about-racist-depictions-in-the-little-house-books/16587/ https://www.slj.com/story/Little-House-Big-Problem-Little-House-Big-Problem-What-To-Do-with-Classic-Books-That-Are-Also-Racist https://www.ala.org/alsc/awardsgrants/bookmedia/clla/name_change_context