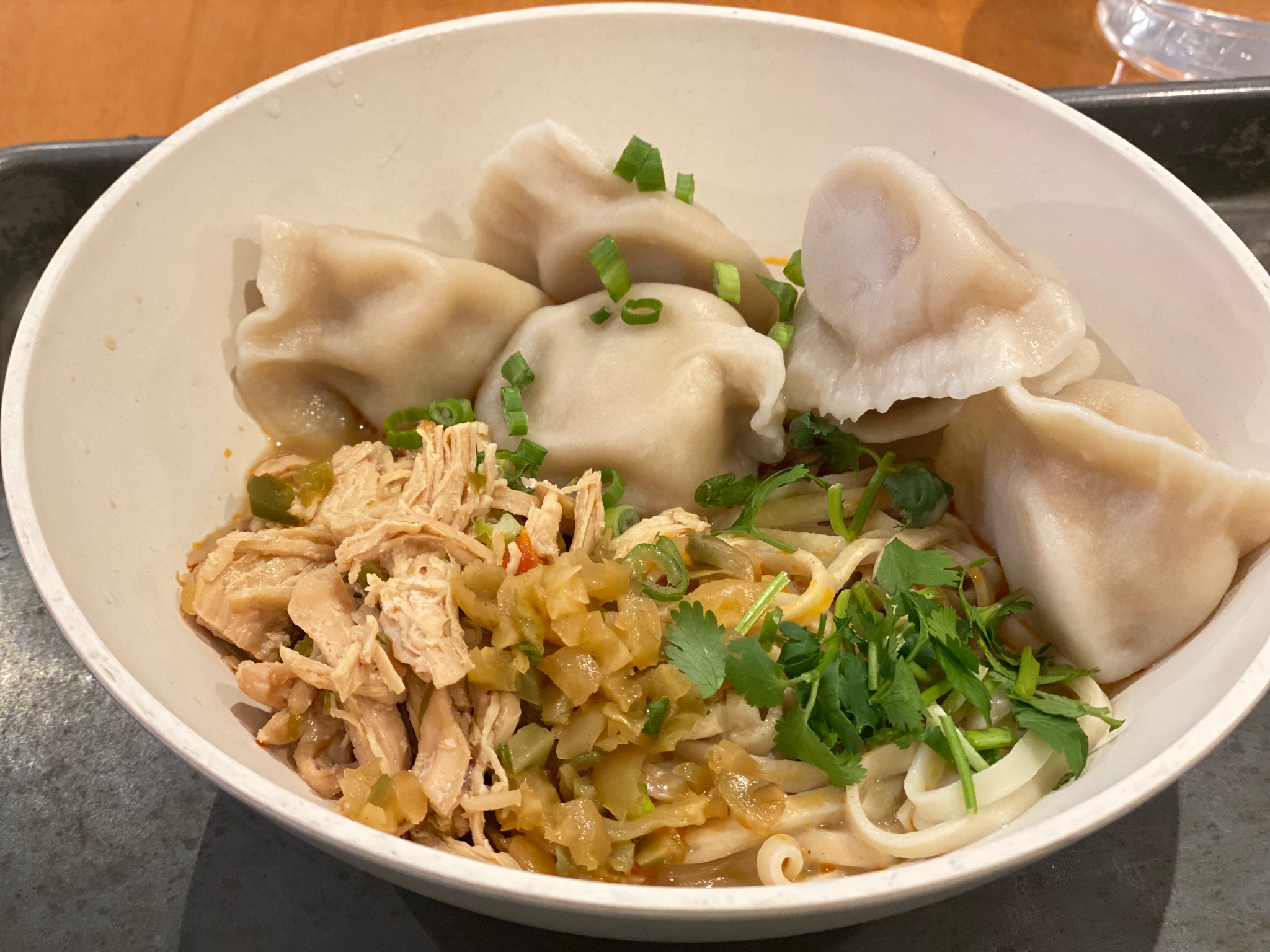 Our meals in Little Rock were provided by the Little Rock Convention and Visitor’s Bureau, but all thoughts and opinions about what I ate are my own.

Did I expect Little Rock, Arkansas to be a foodie destination? No, I did not. But it’s brimming with culture, flavor and a plethora of restaurants to try. We tried everything from noodles to Argentinian dishes and if you’re looking for the best places to eat in Little Rock, I’ve got your guide right here.

I ordered the pulled flank sandwich, which came with a side of fries. The steak was chopped very finely and had that delicious chimichurri sauce on top. Fries were definitely made in house from fresh ingredients and had a great homestyle taste to them. We also got an order of empanadas as a starter and they were flakey and full of flavor as well.

This was my favorite meal we ate all weekend and happened to stumble upon it because we heard a group of people talking about going there while we were walking down the street and we followed them to good food!

Big Orange
The next spot often recommended as one of the best places to eat in Little Rock is Big Orange. This burger joint has something for everyone. A few friends had told me I should eat here, so we made it our first meal the day we drove down.

We’d had BBQ in Memphis for lunch, so I was still a little full from that and opted for a falafel burger since that’s a little lighter. My mom ordered a salad that had lots of delicious fruit on top and we both got a lemon-limeade, which was freshly squeezed and made in house. It was so refreshing! This is definitely a spot that I’d eat at frequently if we had one here in Indiana.

Three Fold Noodles and Dumpling Company.
This noodle place in the SOMA neighborhood is fire! There is a variety of ramen and noodle dishes plus dumplings and steam buns. I was having a hard time deciding what to order, but did the half & half, which is two half-sized portions of their noodles and dumpling bowls plus a choice or meat. Or you can make it veggie! I chose chicken noodles and pork dumplings, but I think that was too much meat for one dish and next time I would just do veggie noddles and pork dumplings.

Three Fold also gives you several spice options, so I opted for hot. It wasn’t that spicy and they gave me some extra hot oil, so I put that in my noodle dish – soooo good.

The dumplings were perfectly seasoned, a little salty and had a wonderful taste, especially with the sauce that came over the noodles. We also tried the Sesame Balls and they were sweet and interesting- very warm and more of a dessert menu item.

Seriously one of the best meals I have eaten. 100% must go here if you are in Little Rock.

We also tried Local Lime, which is a taco joint a little further out of downtown, but I honestly can’t say that it’s a must try place in the city, so I’m not adding it to the best places to eat in Little Rock list. This is definitely not a comprehensive list, just the three best places that we tried and would recommend!

If you are searching for other places to eat in Little Rock, check out this post by Southerner Says!
And in case you missed it, here’s my post on 5 Must Do Things in Little Rock!

7 thoughts on “Where to Eat in Little Rock, Arkansas”