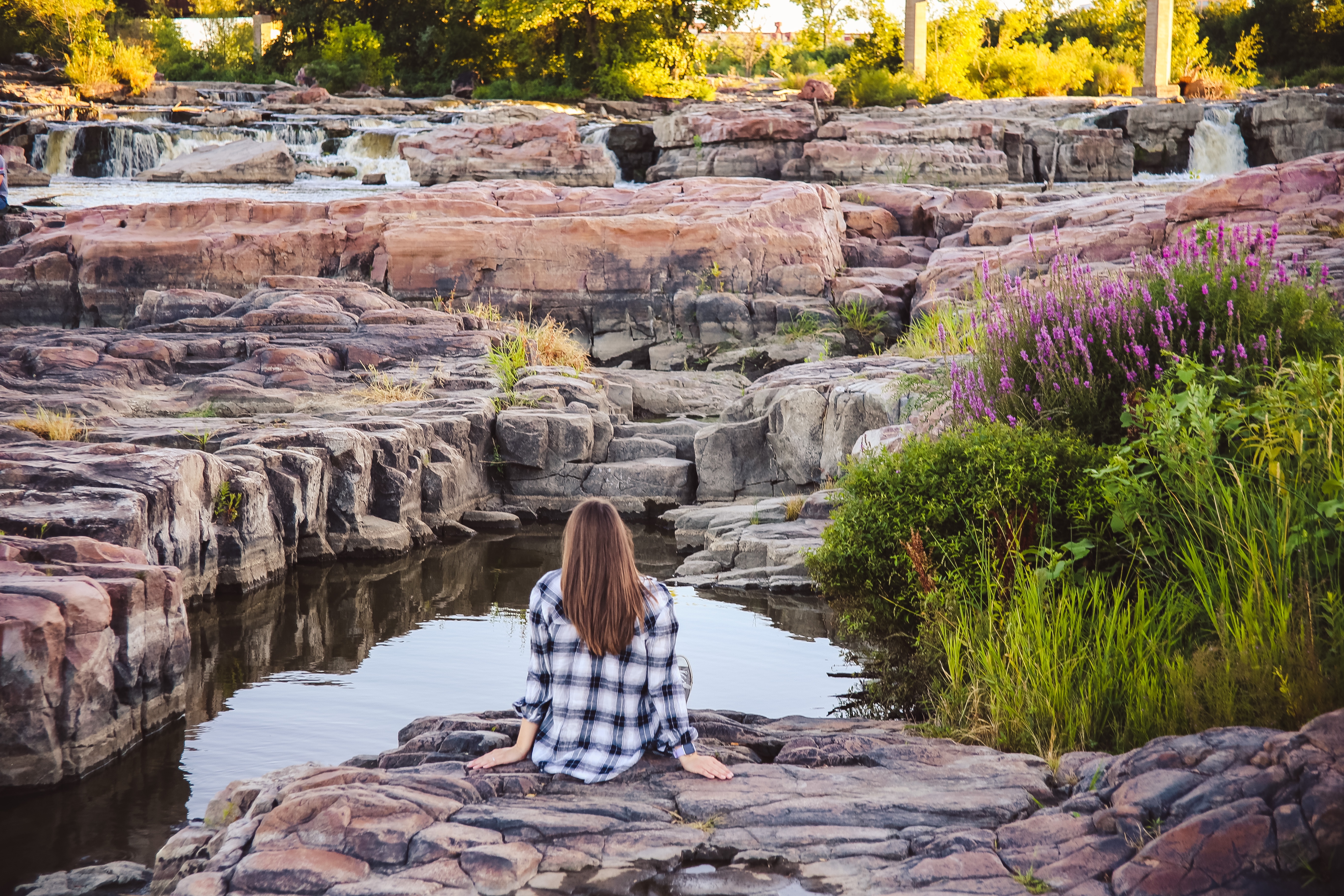 A road trip through North and South Dakota was not what I’d planned for 2020. But then again, did anything this year really go as planned? Back in June, I took a gamble and booked a trip to Boston. We were going to spend three days there, then drive up to Maine for the rest of the trip. Things seemed to be improving in Indiana and those states with COVID, so I thought it would be even better by the end of August.

Boy was I wrong! Our state’s cases spiked to worse than before our shut down and the East Coast states said we couldn’t visit without a mandatory 14 day quarantine or presenting negative COVID tests.

So I redirected. I took a look at some places that I hadn’t been in a long time that seemed very spacious and safe and landed on North and South Dakota. Adam wasn’t overly excited about the choice, but we wanted to go somewhere. Like many others, we were just tired and needed a mental break.

Since it is such a long drive to get to that part of the country, we did fly to and from Omaha, NE and I honestly felt safer in the airport than I do in the grocery store sometimes!

Masks were required. The airports were so empty and flights only about half full. We spaced out, kept our masks on and it was very smooth traveling.

Once we got to Omaha, we picked up the rental car and drove nearly four hours to Sioux Falls, SD for the night. Our Airbnb was right downtown near all kinds of shopping, food and the Falls Park.

Our second day was spent driving across the state, with stops at the Mitchell Corn Palace. There was some sort of street fair going on outside, so many of the food vendors were blocking the full view of the Corn Palace.

We took a look inside where there was a church service being held, then read about the history of the world’s only corn palace. They’ll be celebrating their 100th anniversary in 2021!

From there, we had a three hour drive to Badlands National Park. You’ll see signs for Wall Drug Store the entire way and it’s just one of those iconic places you have to stop, even if it’s not really that impressive. At least it seemed much smaller to me as an adult than it did as a kid.

Wall is just outside the Badlands Park Loop, so it’s a good starting or ending point for that drive depending on which direction you’re coming from.
For the final leg of our trip that day, we spent several hours driving through the Badlands. Not too much wildlife spotted in the park and it was pretty windy, but the views were gorgeous, especially at golden hour.

We ate lunch in the park before we got started, trying a delicious Indian Taco! I highly recommend trying fry bread if you’re in the Dakotas – it’s delicious and something unique to the area too.

Then it was on to Rapid City for the next two evenings. We were close to Mt. Rushmore, Crazy Horse Monument, Custer State Park and Wind Cave National Park. The elevator is broken that takes you down into Wind Cave, so for this trip, we skipped it and spent most of the day in Custer State Park instead, which was a highlight of the trip.

If you have time, check out downtown Rapid City too – there’s an art alley (for more of those murals, check out my post here) and statues of all the U.S. Presidents on the street corners.

Make sure you drive Needles Highway in Custer State Park as well as the Wildlife Loop. We saw buffalo, antelope, wild donkeys, and big horn sheep!

Our third day took us just over the state line to Wyoming to see Devil’s Tower National Monument. In case you didn’t know, this was America’s first National Monument and it’s so impressive! Definitely take a short day trip there if you’re in the Rapid City area.

Prairie Dogs on high alert – a coyote was lurking nearby and they were watching it and chattering up a storm. There’s an entire Prairie Dog down after the entrance to the monument.

People come from all over the world to climb Devil’s Tower. Several climbers were there when we visited and a few had made it to the very top. It was quite insane to watch!

South Dakota is full of beautiful landscapes and if you haven’t been, you definitely need to go at least once or twice in your life. I’ll cover the North Dakota portion of our trip in my next post!