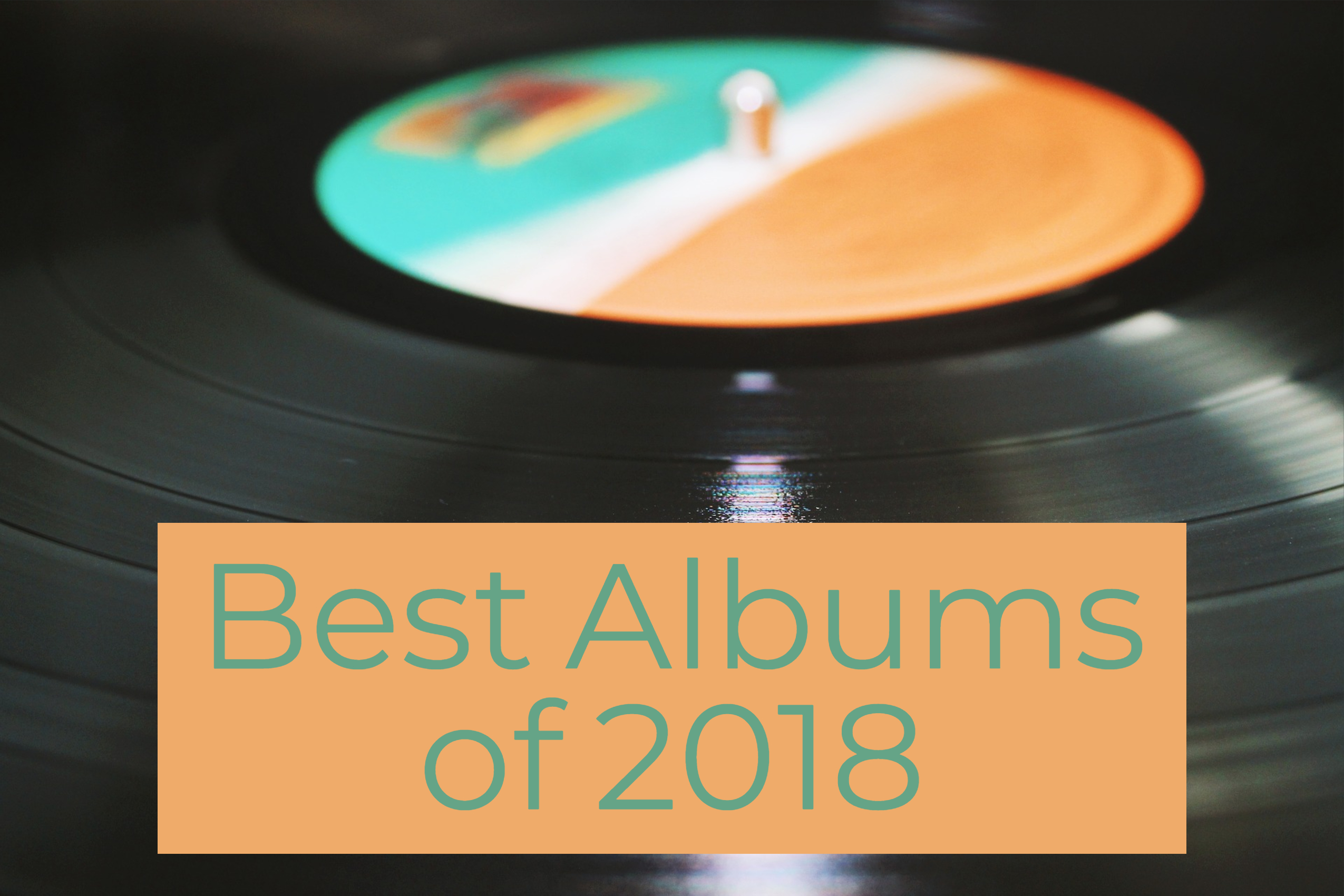 To me, 2018 wasn’t a stellar year for music. Artists I normally love like Fall Out Boy, Ashley Monroe, and Mumford & Sons disappointed me with their albums and with the exception of the few on this list, I continued to listen to last year’s favorites instead.

My list is country heavy, features a new-ish album from my favorite band and an EP from their little brother. What were you listening to and loving in 2018?

Graffiti U by Keith Urban
Is he pop or country? It’s getting harder and harder to tell with Mr. Urban but on his tenth studio album, Graffiti U,  the Aussie musician turns out another solid effort full hooks and signature guitar solos. He’s joined on several tracks by up and coming female singers and even shares a songwriting credit with Ed Sheeran on “Parallel Line.” Probably the best song on the album though is “Female”, a powerful ballad about respecting women in the #MeToo era.
Songs to Download: Coming Home, Same Heart, Drop Top, Texas Time, Female

Pistol Annies – Interstate Gospel
To be honest, after 2013, it didn’t look like Pistol Annies were going to make music together again. Miranda Lambert, Ashley Monroe and Angaleena Presley make up the trio and all three have pretty successful solo careers. But out of nowhere, they dropped Interstate Gospel and it was a breath of fresh country air.  It’s classic country meets Bluegrass, raw, not radio friendly, and yet boasts some of the most honest songwriting in Nashville. The ladies have been through a lot and it’s evident in the stories they tell on their third studio album together.
Songs to Download: Best Years of My Life, When I Was His Wife, Got My Name Changed Back,  Masterpiece, Cheyenne

Joshua & The Holy Rollers – Tribulations
It’s only five songs long but Tribulations is a mighty little EP. It sounds like mix of The Black Keys and Mumford & Sons, but has a soul of its own and is fronted by Mackenzie Hanson, little brother of Isaac, Taylor and Zac Hanson. Hanson says “Above all else, I want people to feel what I felt when from writing through recording and mixing- overcome with the urge to close your eyes and move your hips.” Mission accomplished.
Songs to Download: It’s only five songs, just download the whole thing 🙂

Eric Church – Desperate Man
Album six from country crooner Eric Church was born from the emotions he felt after the Las Vegas shooting. Church played the festival on Friday night, just two days before a gunman open fired on the Sunday night crowd. Church says it wrecked him and you can feel that on Desperate Man. There’s a real, raw and honest gospel infused sound on the album and Church sounds nothing like his bro-country counterparts, which is a good thing.
Songs to Download: The Snake, Hangin’ Around, Desperate Man, Jukebox and a Bar, Drowning Man

Hanson – String Theory
This isn’t an entirely new album BUT it does have new songs on it and old favorites re-imagined. The double album tells the story of the band, who collaborated with symphony orchestras all over the United States for a mind-blowing concert experience. And I say this as someone who does not like classical music at all. Hearing Breaktown (a lost gem from the Underneath era) and Yearbook this way nearly made me cry. While I still wish Hanson would grace us with an album of entirely NEW songs, this is definitely a memorable effort from my favorite band and I’m very proud of them for doing something they’ve wanted to do for a long time.
Songs to Download: Reaching for the Sky, Chasing Down My Dreams, Yearbook, Me, Myself & I, Battle Cry, You Can’t Stop Us, Breaktown, No Rest for the Weary

Kacey Musgraves – Golden Hour
Nominated for Album of the Year at the Grammys, this shiny gem should take home the trophy. Kacey Musgraves continues to get better with each album she puts out and Golden Hour just might be her finest work to date. It’s lighter and happier than previous efforts and has crossover appeal. Country radio may not play her (or other female artists, for that matter) but that doesn’t seem to matter – Musgraves took home the CMA Album of the year in Nov. Golden Hour tops my favorites for the year AND is Kacey Musgraves is my most streamed artist on Spotify in 2018, shockingly ahead of Taylor Swift.
Songs to Download: Slow Burn, Lonely Weekend, Space Cowboy, Happy & Sad, High Horse