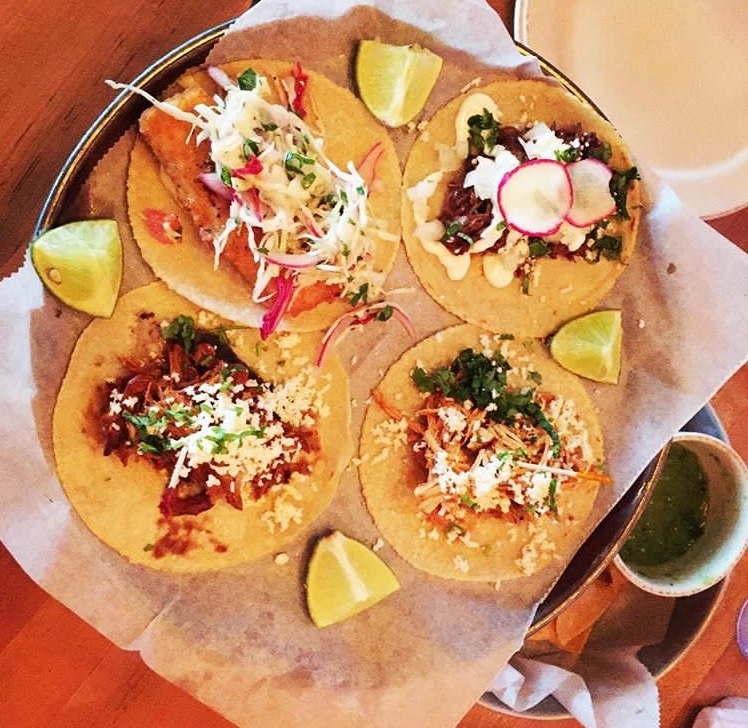 If you know me very well at all, you know I love to travel and could eat some form of Mexican food every day. Whether I’m eating something locally or eating out on vacation, I look for more unique places vs. high end establishments and chains. However, I won’t turn down Qdoba or Chipolte (but I’ll most definitely pass on Moe’s.)

Any time I see friends eating in cities that have delicious Mexican restaurants I’ve eaten at, I always recommend places I’ve been. Last night while eating chips & salsa I thought “why not write these down so everyone can read about them?” And so the idea for this blog was born. I hope you find it useful and if you have a favorite, please let me know in the comments so I can visit next time I’m in your city.

I’m going to start right here at home with my favorite Mexican restaurant of all time – Los Bravos. Los Bravos opened up sometime in the 90s in Evansville, Indiana with a couple hole in the wall locations on the east and north sides of town. My Spanish class would eat there once a month or so and our teacher made us order in Spanish as practice. Meals were super cheap – I think you could get lunch for about $5. They became kind of a staple in Evansville and there’s a great divide over whether or not they’re better than another restaurant in town, Hacienda. (FYI – Hacienda is gross. Don’t eat there.)

Los Bravos eventually started expanding and building newer, fancier locations and they can now be found in Jasper, Loogootee (don’t eat at that one) and Boonville. Their salsa is unbeatable. Every other Mexican restaurant I eat at is measured by whether or not their salsa lives up to the taste of Los Bravos’ salsa and so far, the only thing that even remotely comes close is my own recipe or Torchy’s Tacos in Texas. Why do I like their salsa so much? It’s fresh, contains cilantro, has a little bit of heat to it and they make their salsa smooth and perfect for dipping. I don’t like chunky salsas at all, so if a restaurant serves a more pico de gallo type salsa, I’m going to be displeased.

As far as the food goes, I enjoy several dishes at Los Bravos: a beef burrito, enchiladas, chimichanga and their chile Colorado. They also have extremely good white queso dip that combines just the right thickness and spice.

Also in Indiana, Mi Pueblo is a favorite of mine in the tiny town of Washington, which is about an hour north of Evansville. Unless you have family there or are passing through to get to Indianapolis, you probably don’t have much of a reason to stop. I eat there a few times a year when I make the drive south to get my teeth cleaned at the dentist my mom works for and we always go to Mi Pueblo for lunch.

Mi Pueblo does not have great salsa, unfortunately. It’s edible but it lacks the freshness and cilantro that Los Bravos’ salsa has. Mi Pueblo’s salsa is a little sweeter and tastes like it has more of a chili powder season to it. I don’t hate it but it definitely knocks them down a notch on my ranking of best Mexican restaurants ever. I typically get either a beef or bean burrito when I eat here and the service is fast and their entrees very tasty.

The BEST Indianapolis has to offer is a place on Mass Ave called Bakersfield. The exciting thing is, Bakersfield has several locations throughout the United States – mostly in Ohio but there are also a few in the south. Their selection is more of a Mexican street fare style and it is ABSOLUTELY delicious. Their red salsa is not my favorite – it almost has a BBQ taste but the green tomatillo salsa is like crack. I’ve never tasted anything like it and could probably eat it every day. Their queso is also addicting – it’s a thicker cheese that’s much different from the typical queso served at most Mexican restaurants and you can add beans, chorizo or jalapenos to it for a twist.

I always get their tacos and Bakersfield makes their tortillas in house. So far I have tried the mole, pollo rojo & cochinita pibil (pork) and all three have been good but the chicken (pollo rojo) is by far superior to the others. They also serve tostadas, tortas and salads but I’m always so enamored by the tacos that I haven’t tried anything else. Wait times on weekends can be up to two hours so if you find yourself driving through a city that has a Bakersfield location, I recommend going during the week or getting there earlier than 5 on weekends.

Red Iguana. If Los Bravos didn’t exist, this place would be the best Mexican I’ve ever eaten. Located in Salt Lake City, Red Iguana is so popular that there is sometimes a very long wait to get in. They are known for their mole sauce and when a friend and I ate there, we got a sample platter with about ten different kinds of mole on it. Most were really good!

The menu is very extensive – there are dishes on there I’ve never seen anywhere else and it’s the first place I tried Chili Colorado, which was absolutely delicious. To be honest, I don’t really remember the salsa! I think the mole and my main course overshadowed the taste of the salsa (and I ate here in 2014 so it’s been a few years) and also failed to take a photo of my food. Below is one my friend Jenny snapped of our table (thanks, Jenny).

Located in the Denver area with one location also in Tuscon, AZ, Illegal Pete’s is the kind of place you’d find in a college town. They’re similar to a Qdoba or Chipolte but the ingredients are fresher and they have potato burritos! Fried potatoes take the place of rice in the burrito and it makes for an interesting, but carb loaded meal. The taste was really good, but my only criticism is there were too many potatoes in the burrito because after a while, I got tired of eating them as they kind of overwhelm the taste of everything else. I would probably eat one again, though.

My love affair with Torchy’s is very strong. This year I even went out of my way on a trip to Oklahoma just to eat there…twice. Their salsa is amazing. The tacos – delicious and full of flavor. The “Brushfire”, a taco filled with Jamaican jerk chicken, mango, sour cream, jalapenos, cilatro and diablo sauce is my favorite, although there are still several others that I’d like to try. The street corn can’t be beat and I constantly have cravings for it and have recently started trying to make it at home. They seem to be expanding outside of Texas – there are a couple in Oklahoma now and one in Denver so fingers crossed that someone in the Midwest will open one so I can satisfy my Torchy cravings. If you find yourself in a town that has one, EAT THERE.

Until recently, Cafe Rio was only in the Western states. I usually eat there when visiting my sister in Wyoming but it appears they are a rapidly growing chain with over 85 locations nation-wide now. Several are popping up on the east coast, so maybe they’ll make their way to Indiana soon? Cafe Rio hand make their tortillas, which gives them an edge over both Qdoba and Chipolte. I’ve had their burritos and enchiladas and personally prefer the enchilada. The portions are very generous and their drink menu includes unusual choices like limeades and horchata (a traditional Mexican drink).  Definitely something to try if you like fast Mexican with a little different variety than the usual choices.

5 thoughts on “Mexican Restaurants from Coast to Coast”