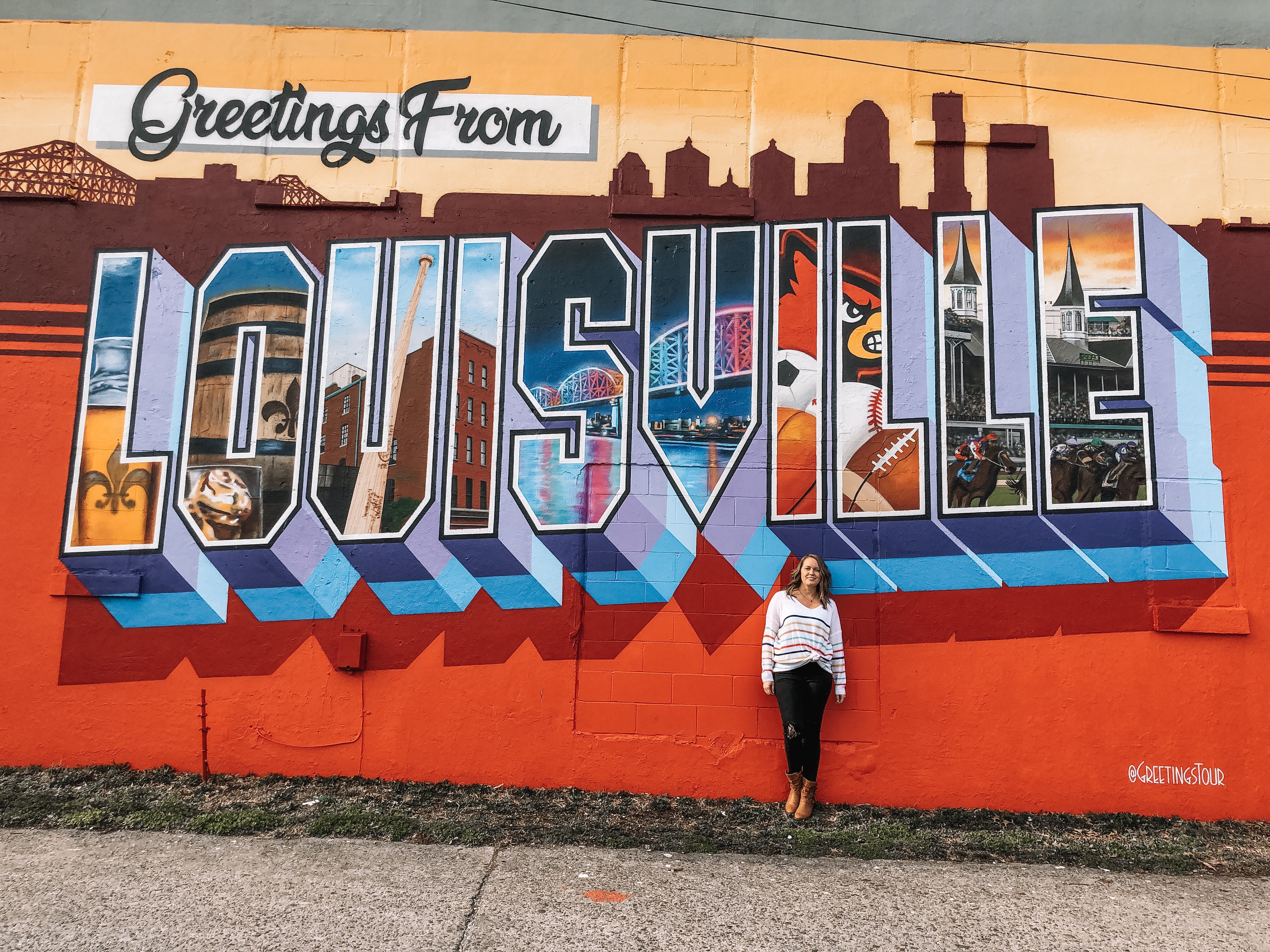 This past weekend my friends and I had a “Galentine’s Day” get-together in Lexington, KY. The drive from Indianapolis to Lexington takes me through Louisville, and since the day was bright and sunny, I decided to leave a few hours early to chase some street art in the city made famous by the Kentucky Derby.

I’m sure I only covered about half of the murals in town, and many of the neighborhoods I drove through had so many other pieces of street art that if you go, you might find something even more unique than the walls I found.

Flower Mural on the Side of Red Tree

Flower Mural on the side of the Red Tree Furniture Store, 701 E Market St.

These next few murals are all within blocks of each other; a word of caution – this neighborhood was kind of sketchy. Since it was during the daylight, I didn’t feel terribly unsafe, but I would probably take a friend with me if I went again. These are in the Shelby Park area.

This raven mural is one of my favorites! I love the literature vibes it gives off and the raven seems like it might be some kind of nod to Edgar Allen Poe.

This next mural, on the side of Scarlet’s Bakery screams spring! I love all the swirly pastel colors and had to take several selfies in front of this one 🙂

A few feet away from Scarlet’s, you will find this other bright mural with primary colors.

A few blocks over is this super cool “To the Top” mural which was designed by the Often Seen, Rarely Spoken group. They painted it on the side of Abell Elevator.

On the wall adjacent to To the Top, is a fun geometric mural.

Then literally right down the street (you can see it from To the Top) is another geometric design, which from a distance is supposed to look like flowers. I didn’t see it really, but I also didn’t go across the street. I also probably should have worn sunglasses so my eyes weren’t so squinty in this photo, haha.

This next one is a favorite of mine! Also on the side of a bakery, the bacon and donuts mural is so cute! It was tricky to get this shot because it’s shorter than me and I had to prop my tripod up and angle it weird, but I think the picture turned out pretty good anyway!

And finally, the mecca of murals, the Greetings from Louisville mural that’s near UofL and Churchill Downs. The details that Greetings Tour puts into these murals is stunning and I hope they make it to Indianapolis one day!

2 thoughts on “The Best Murals in Louisville”

Life’s short. Talk fast. And dress like a Gilmor

Everyone’s been buzzing about @social.cantina an

The new @social.cantina is open downtown and the p

Y’all voted and this mural won the poll to post

Out with the summer porch decor and in with spooky